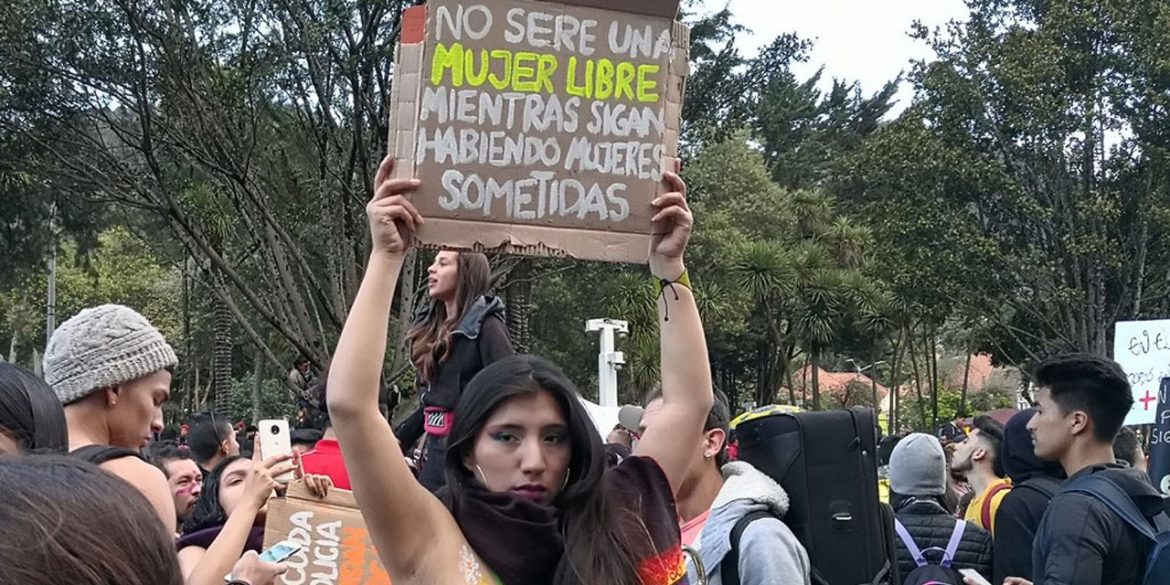 Women’s organizations took the lead on the fifth day of anti-government protests in Colombia to demand attention for excessive levels of violence in the country.

The marches were held on the second day of formal national strikes. The first strike day on Thursday triggered ongoing anti-government protests throughout Colombia.

Taking advantage of the International Day for the Elimination of Violence against Women, feminist organizations who are among the strike organizations organized marches that again were attended by hundreds of thousands of protesters.

In Bogota,tens if not hundreds of thousands of people took part in the capital where multiple marches against the government of President Ivan Duque and violence against women were held.

#25NElParoSigue Day 5 of Colombian protests in #Bogotá: Anti-government and women's rights marches joined together at Parque Nacional to head up north. Massive amount of people, at least 20.000, as their #Resistencia continues #LibresDeViolencias #ProtestaSostenida25N pic.twitter.com/1Y4lwnNRZF

Also in other cities and towns, large numbers of people joined the women to demand an end to gender-based violence and misrule by the government of President Ivan Duque.

According to Colombia’s Medical Examiner’s Office, almost 99,000 women were victims of violence between January and October this year.

Among the victims were 799 women who were murdered.

With the exception of homicides, violence against women decreased slightly, according to the Medical Examiner’s Office.

The women’s organizations have been among the strike leaders since the national strike was announced in early August.

Despite efforts to dissuade participation, including the alleged intimidation of media and the stigmatization of organizers, hundreds of thousands of Colombians took part in marches on Thursday.

Led primarily by student organizations and labor unions, protests have been ongoing since then in an attempt to force the government to change its controversial economic policies and implement a 2016 peace deal with the FARC.

After a spike in violent police repression on Friday, Saturday backfired and protesters went to the president’s private residence, following which Duque announced to hold a “National Conversation” and levels of violence appear to have dropped.

Among the first he met as part of talks that seek to end the protests was Bogota’s first elected female mayor, Claudia Lopez.