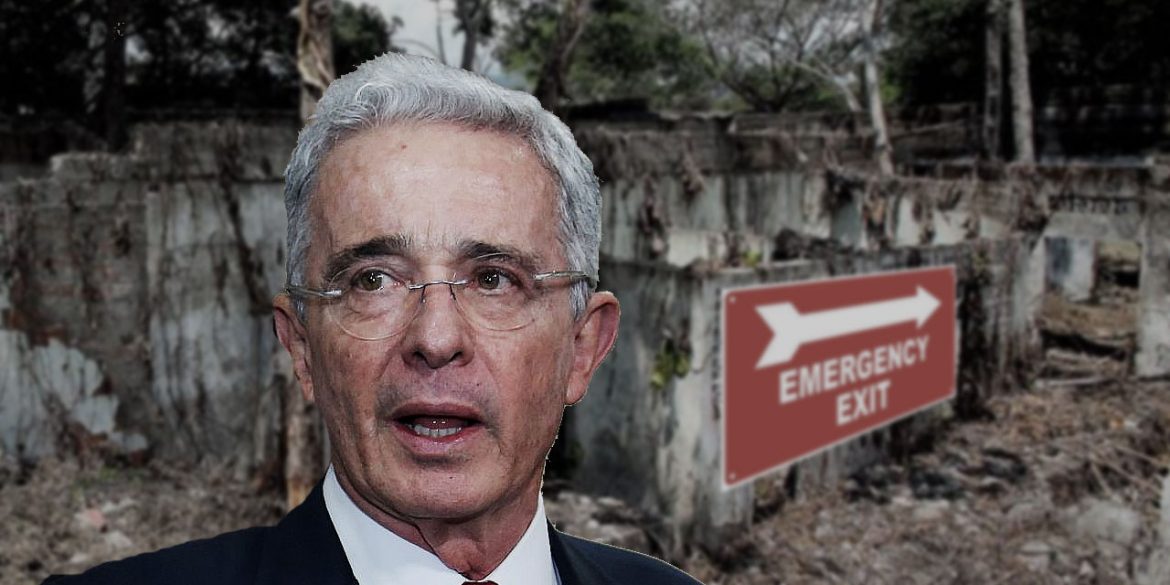 Without a legal defense strategy, former President Alvaro Uribe has only one option left: getting the hell out of Colombia.

Uribe may have been extremely savvy in politics and organized crime, but his persistent disregard for the rule of law makes him a lost cause in court.

With the exception of the witnesses who died of “suicide by Uribe,” the former president’s illegal defense strategy, for example by bribing witnesses, have only contributed evidence to the court’s fraud and bribery charges.

The far-right politician’s defense attorney, Jaime Granados, claimed “there exists no legal ground to order the detention of the former president,” but did not appeal the house arrest.

This would only “facilitate its legitimacy,” Granados said, which is not just true, it would be pushing Uribe’s luck. The obstruction of justice accusation alone would land any other crime suspect in jail, not to mention the assassinated witnesses.

The defense attorney’s claim that the failure to hear drug trafficker “El Tuso Sierra” demonstrated that the court failure to test evidence ignores the fact that the narco who is now living in the United States cleverly said he was not available.

El Tuso is already accused of bribing witnesses for the Uribe family and would be mad risking additional perjury charges.

Granados claim the court was “intimidating” witnesses by ordering criminal investigations if evidence indicated they were bribed is delusional.

The former president and his sad excuse for a lawyer never had a legal defense strategy, they tried to defend themselves against a bribery investigation allegedly by stepping up the “silver or led” strategy.

This didn’t work for Pablo Escobar and — surprise, surprise — it’s not working for the former Medellin Cartel associate either. The remainder of the court case appears to be a formality.

Uribe’s attempt to mobilize his base is also failing for a very simple reason; Escobar actually shared his wealth and the former president did nothing buy steal.

Uribe’s far-right political party is desperately trying to make the justice system and even the constitution to the former president’s measure, the hilarious and futile attempts of headless chickens.

Unless the former Medellin Cartel associate would like to spend the rest of his life rotting in prison — an option I would rather not spend my tax contributions on — Uribe is left with only option: start packing and get the hell out of Colombia.