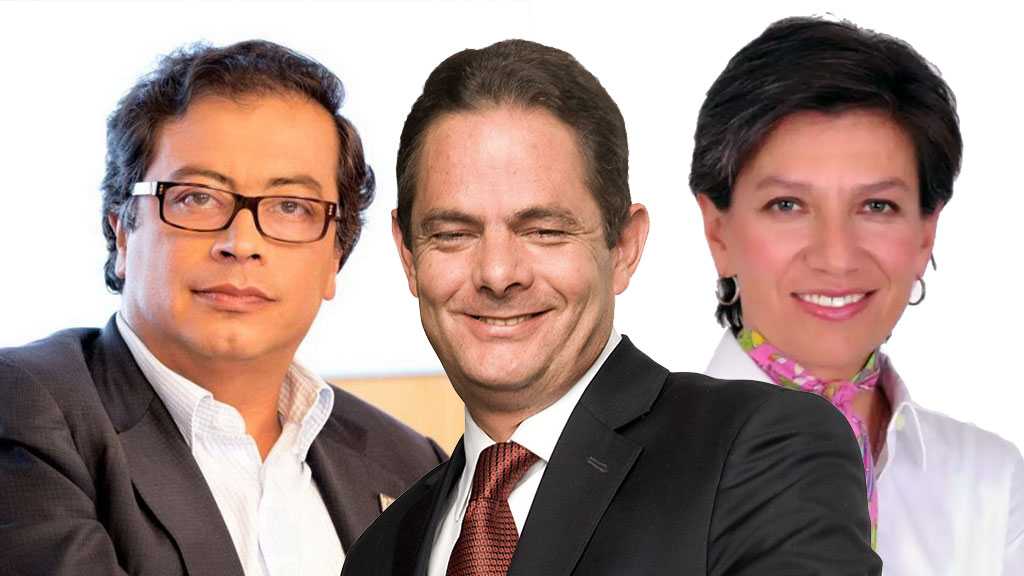 Who will be Colombia’s next president, according to the 1st predictions?

A year before the first round of Colombia’s presidential elections, numerous politicians have indicated they want to succeed President Juan Manuel Santos. The first polls show the race is still wide open.

Over the past week, two polls were released, both claiming that former Vice-President German Vargas, a Bogota dynasty politician has the best chances, even without having announced his candidacy.

However, amid growing resentment against the Bogota elite, Marxist candidate Gustavo Petro is right behind, while moderate politicians have trouble finding support in Colombia’s polarized society.

The main factor of uncertainty in predicting the election outcome is the fact that former President Alvaro Uribe has yet to endorse the replacement of his preferred candidate, Oscar Ivan Zuluaga, who was forced to withdrawn over criminal charges of election fraud.

“Whoever Uribe puts forth” was the undisputed first opinion for 22%, eight percentage points more than Vargas in the Invamer poll.

This leaves the race wide open unless Vargas decided to join forces with Uribe, who he abandoned in 2009 to the resentment of the then-president.

However, Santos’ former vice president has gone out of his way not to be associated with the peace process put in motion by his boss and rumors have emerged the savvy dynasty politicians could make up with Uribe, who has done everything within his power to prevent the peace process from being successful.

At the same time, a broad coalition of social organizations, political parties and even the demobilizing FARC guerrillas have said they would prefer one candidate that can trust to execute the peace agreement that includes mayor rural and political reforms.

However, also this broad coalition is full of ambitions politicians, making it uncertain whether there will be a “peace candidate” for the first round of elections.

To make predictions even more unreliable, Colombia’s ongoing peace process includes a Truth Commission and a Transitional Justice Court that is going to directly affect, possibly even sink election campaigns, especially on the side of Uribe, who is neck-deep in war crime allegations, together with many of his political allies.