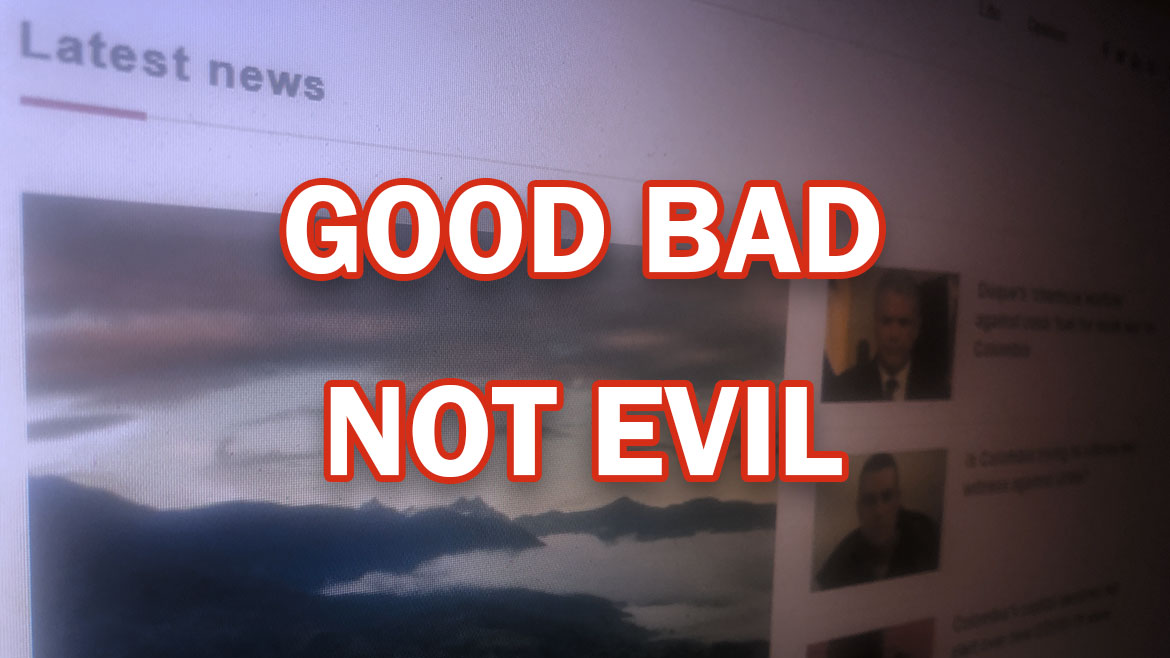 Even if you believe Colombia Reports sucks, this news website is worth saving in order not to silence voices telling important stories.

Personally, I don’t believe this website is particularly good, and I’m the guy who founded the goddamn thing.

I also make insane hours now that the coronavirus forced me to run Colombia Reports by myself.

Considering the extraordinary circumstances, and the fact that my native tongue isn’t even Spanish or English, I can live with the imperfections.

In fact, for a former grocery store clerk from the Netherlands I’m not doing bad at all in my opinion.

I guess politicians avoid me like the plague because I never learned to tactfully evade the embarrassing questions, I wasn’t educated like that.

Presidential candidate Sergio Fajardo once agreed to an interview and walked out as soon as he noticed I wasn’t buying his dribble.

I guess I should’ve gone to Harvard to master that skill, but I didn’t. I was selling groceries before a radio station hired me as a janitor.

Maybe this is why people to confuse me for a commie.

News consumers are used to the bias of reporters with an education that nobody can afford, not some guy who learned journalism in between changing lightbulbs.

This is exactly what has made Colombia Reports so unique though.

Publishing a column of former Liberal Party director Simon Gaviria was fun, I guess, but if the prick doesn’t answer his WhatsApp, fuck him.

I know reporters who I consider way more superior than me. Hell, any Americans and Brits would speak better English than me.

Few of my colleagues have the liberty to write about political corruption and human rights like I do though.

Virtually everybody agrees that human rights and democracy are extremely important, but foreign desk editor generally prefer anything that starts with “what once was Pablo Escobar’s blablabla……”

The irony is that you end up reading stories about hippos that were written by a Harvard graduate and stories about criminal investigations against the president by a guy who used to sell potatoes.

I have learned I’m not supposed to say “shit” when I’m reporting. I don’t know why, but there’s a lot of things I don’t know or simply don’t understand.

I do know that major issues would be ignored if Colombia Reports wouldn’t report on them.

This website would be much better if it was run by a native English speaker, or maybe even an Ivy League journalist.

The thing is that I didn’t invent the news industry and nobody else was like “I’ll just start my own news website, this corporate job sucks.”

Consequently, I ended up running Colombia Reports, a website I don’t believe is particularly good, but it’s the only one covering stories my colleagues can’t get published.

I don’t suppose Gaviria will be back because, well, “fuck him,” but more than anyone I can give a voice to the people who are generally ignored, but also matter.

Your country’s news media do an important and possibly better job, but a lot of news on Colombia will simply be ignored without this website.

I have have come a long way from welding cables, but not even three Harvard degrees could save Colombia Reports during a pandemic.

I will do my best not to suck, I will even try to be good, but I need your financial support.