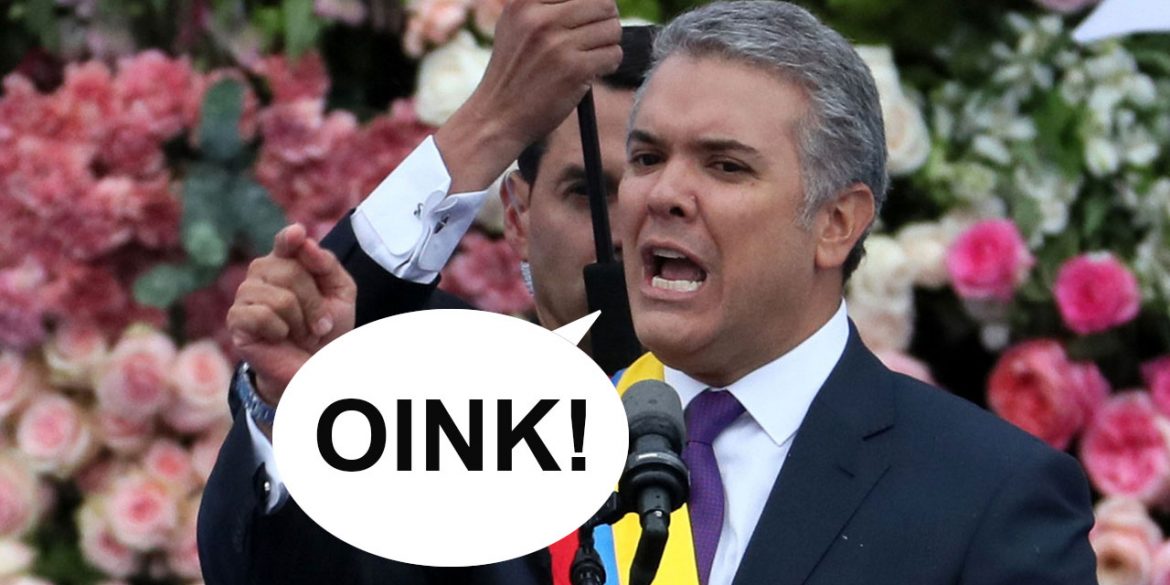 What did Duque expect from the UN? Applause for being Colombia’s funniest clown?

The UN report’s recommendation to transfer authority over the National Police from the Defense Ministry to the Interior Ministry intrudes nothing, it’s a recommendation, not an order.

If Duque wants to maintain an executive decision that was taken 70 years ago, that’s his prerogative as president. It makes no sense, but there’s nothing illegal about being a fool.

What is illegal is the use of violence and intimidation for unlawful purposes or to silence those who disagree with you, it’s what mafias do.

Duque would do well remembering he’s not running a uppity street gang, but is the representative of a state.

It’s exactly when state forces use violence and intimidation for criminal purposes or to silence dissent when the United Nations step in, that was the agreement.

Colombia undersigned the Universal Declaration of Human Rights exactly to jointly protect its people from violations of their human rights, whether the president likes it or not.

Colombia also undersigned international peace agreements between the State and the FARC the government must implement, whether the president likes it or not.

If complying with these agreements is too difficult for the current administration, the United Nations has agreed to step in, whether the president likes it or not.

Evidence that the Duque administration is complicit in human rights violations is as ample as the ruling party’s ties to the Medellin Cartel. For his own sake, the president may want to shut up for once.

The Colombian people have had enough of the violence and, just as imminently, their president and his sugar daddies’ mafia behavior.

The UN is intruding, alright but Colombia’s national sovereignty is just fine.

As agreed, the international community is intruding into the Duque administration’s ongoing mockery of human rights, democracy and the rule of law. It is intruding into the ruling party’s constant inciting of violence against teachers, students, native Colombians, activists, fellow politicians and journalists.

If the president finds a United Nations human rights report intrusive, he’s never received a death threat from the “Aguilas Negras,” had his community leader assassinated or his peaceful protest broken up by armored thugs.

The report of the Office of the High Commissioner for Human Rights was accurate, appropriate and necessary. It has been received with great gratitude and its content is underwritten by many in Colombia.

Only the guy who tried to force American trucks over the Venezuelan border is whining about “intruding national sovereignty.” Don’t mind the president, he’s clueless.