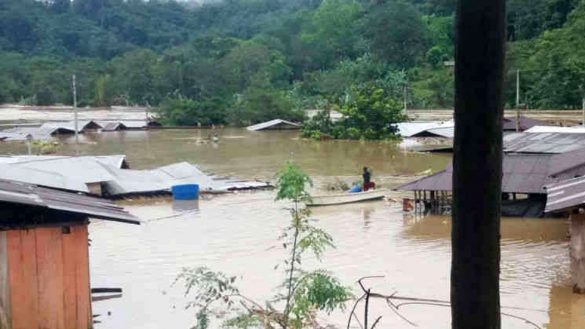 More than 20,000 people lost their homes in west Colombia over the past few days as torrential rains hit the Pacific region, forcing the overflowing of three major rivers.

Local emergency agencies have called for help from the national government in Bogota to attend affected inhabitants of more than half of the impoverished Choco province’s municipalities.

According to the National Risk and Rescue Agency UNGRD, the coastal provinces main rivers, the Atrato, the San Juan and the Baudo, all flooded.

The agency declared a red alert for the 17 affected municipalities and said it sent 25,000 emergency kits, more than 100 tons of aid, to the region to secure the flood victims have access to food and blankets.

“The aid, equivalent to 115,000 tons, will be sent to the region, as well as a team from the National Unit for Risk Management to start the technical support between distribution of the elements in several areas of the region” said the agency.

Earlier, the Anchicaya and Dagua rivers flooded their banks near Buenaventura, Colombia’s largest port city, causing flooding in the outlying town of Zechariah.