The fatal mismanagement of Colombia’s anti-government protests is likely  to create a few vacancies if President Ivan Duque wants to finish his term.

Monday’s death of an 18-year-old unarmed protester has destroyed whatever was left of Duque’s governability.

As the president enters negotiations with the social organizations who organized the strike on Tuesday, they will want ministers to take responsibility for the mess they got the country into and need ministers who can help solve the social ills that added to the unrest.

According to Semana, Duque somehow was made to believe that this was not a social protest against misrule and unpopular public policies, but an attempt to overthrow the government.

Consequently, the president took charge as commander-in-chief, put the military on highest alert and formed a crisis team to deal with what he reportedly believed was an insurgency. 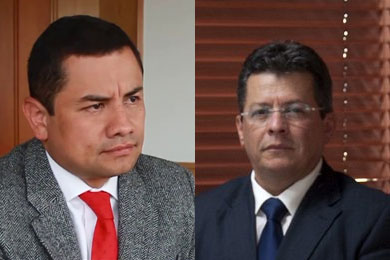 Both men previously failed to prevent Duque’s humiliation before the United Nations General Assembly where he lost international credibility for presenting fabricated evidence over guerrilla activity in Venezuela, effectively empowering the hostile neighbor. 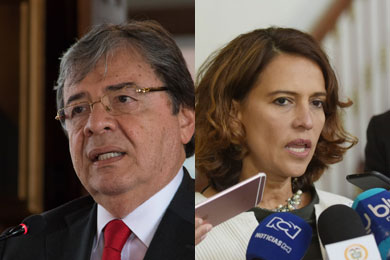 The ministers who accompanied the president driving the government into the ground were Defense Minister Carlos Holmes Trujillo and Interior Minister Nancy Patricia Gutierrez.

The interior minister failed to adequately respond to the growing concerns of the civil society groups that would later join the strike. The defense minister was in charge of the execution of the military and police tactics that ended up going insane.

None of the above have any merit other than having been loyal to former President Alvaro Uribe, i.e. none.

Duque at this point does not need idealists, but pragmatists and problem solvers.

Unless the president wants to risk further humiliation, the intelligence chief and the national security adviser, and particularly the ministers ought to go. They are the ones who got Duque in this mess. 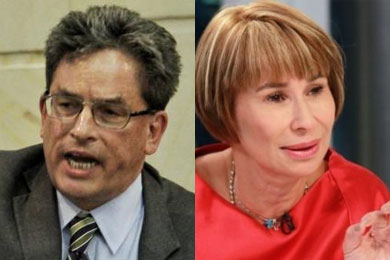 If the president wants to restore public approval, Finance Minister Alberto Carrasquilla and Labor Minister Alicia Arango would be the most convenient to sacrifice.

Apart from being of questionable character, Carrasquilla has not been able to present a viable budget and was responsible for sinking Duque’s approval rating in the first place by presenting a highly controversial tax reform last year.

Before becoming labor minister, Arango’s top job was being Uribe’s private secretary, clearly not the qualifications needed for a minister.

Neither of these ministers have the capability to help Duque with the difficult decision that will need to be made to grow the economy not just in numbers, but in a way that creates jobs.

In order to have access to competent replacements and increase governability, Duque must look to parties outside of his far-right Democratic Center party. The pushing through of a political agenda that is not supported by either the public or Congress hasn’t worked, isn’t working and won’t work.