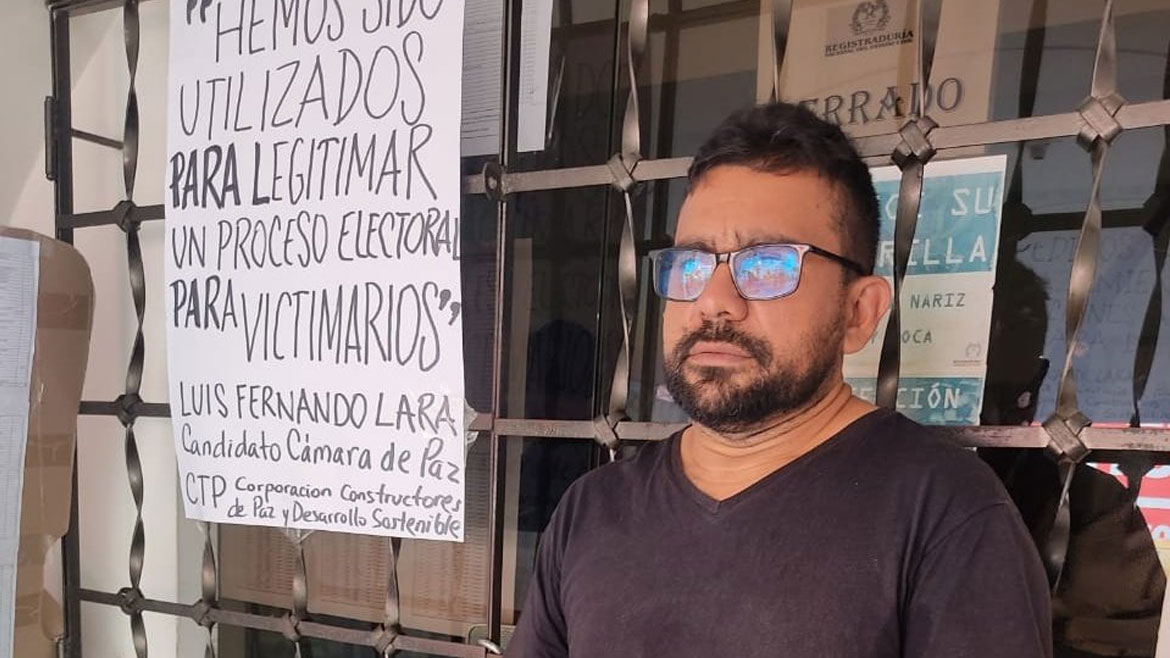 At least 18 victim representatives abandoned Colombia’s congressional elections, claiming that authorities rigged the vote in favor of their victimizers.

The aspiring congressmen from the Caribbean region were vying for seats in the House of Representatives that were created for victims from 16 historically neglected regions.

The transitional seats were created as part of an ongoing peace process between the government and now-defunct guerrilla group FARC.

According to the victims, the elections in northern Colombia were rigged to favor of a warlord’s family and the criminal Gnecco Clan.

Paramilitary group AGC had banned campaigning for the rivals of Jorge Tovar, the son of jailed paramilitary warlord “Jorge 40,” in the northern region, the victims have said for weeks.

Electoral authorities never transferred the promised campaign funds, which made it impossible for independent candidates to embark on campaigns.

We are willing to step aside and not legitimize a process that clearly was designed for the arrival of victimizers. From the beginning, this circumscription #12 was rigged so that political clans and the son of the biggest victimizer had all the opportunities and guarantees while we weren’t even offered the very minimum.

A victim representatives from Tolima told Colombia Reports that allies of now-defunct guerrilla group FARC and multiple clans were vying for the victims’ seat in the southern province.

Paramilitaries threatened to kill a candidate from the Montes de Maria for refusing to meet up with them, according to newspaper El Heraldo.

Former interior ministers Juan Fernando Cristo and Guillermo Rivera confirmed that the so-called peace seats in Tolima and Cesar “could end up in the hands of victimizers and regional clans.”

“The government does nothing” despite the victims’ protests, said Cristo and Rivera.

The real victims cannot be deprived of their rights again. The peace seats are for them, not the victimizers or the political clans.

“The elections for the peace seats are guaranteed,” Vega said Tuesday.