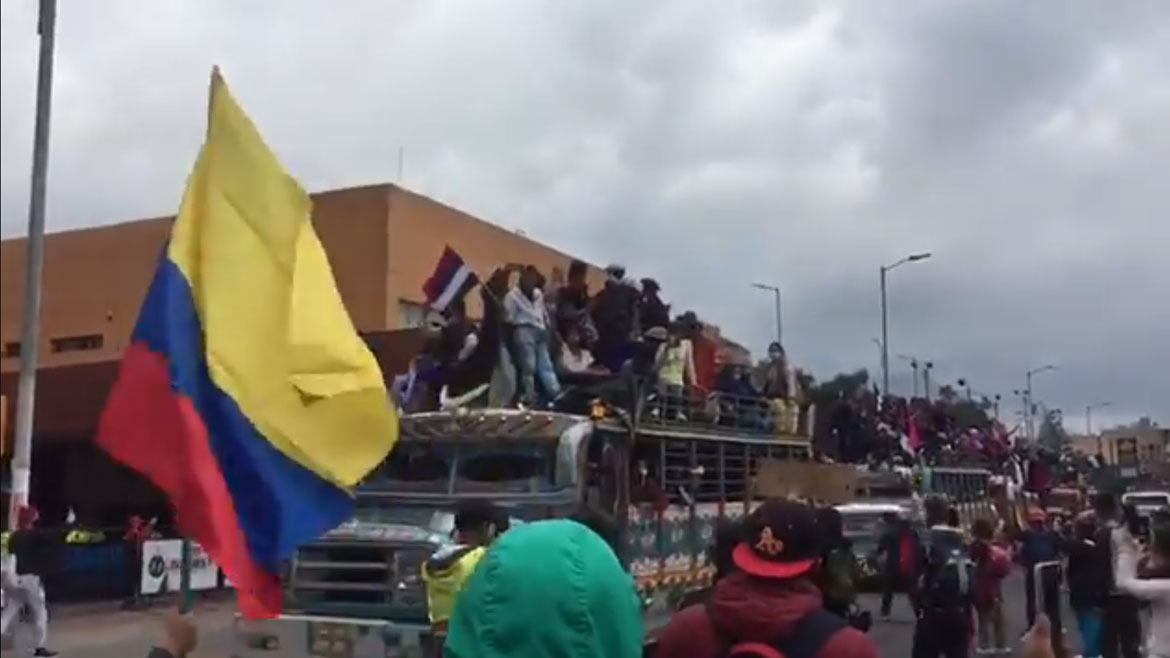 Clashes between police and protesters and a civilian attack on an anti-government protester marred Wednesday’s day of strikes in Colombia.

The seventh day of protest called by the National Strike Committee was the smallest since April 28 when the violent repression of a national strike triggered daily protests.

The persistent police brutality and violent attacks by supporters of far-right President Ivan Duque have destroyed public support for the government.

The violent repression appears to also be eroding people’s motivation to take part in peaceful protests while perpetuating violence.

The problem with the “good Colombians”

In Bogota, an anti-government protester was injured when she was intentionally hit by the car of the president of the Federation of Road Transport Enterprises, Henry Cardenas, who said he was “fed up” with the protests on social media.

According to Cardenas, the protester was trying to stop his 75-year-old father while on his way to a medical appointment.

Protesters pursued and vandalized the armored Porsche after police failed to act.

The Bogota incident highlighted the persistent violence by self-proclaimed “good Colombians” who support the government.

We, the good Colombians who build our country every day, are fed up with the closures everywhere.

A Cali business owner claimed he was “good people” and opening fire on peaceful protesters to assist the police.

The recent violence by “good Colombians” highlights the volatility of tensions between the business elite and those challenging their power.

Clashes in Medellin and Bucaramanga

In Medellin, explosion near the University metro station and teargas entering wagons caused panic among commuters, some of whom broke windows to get out.

Protesters in Cali, which has suffered the most brutal police violence, returned to blocking roads just days after they agreed to lift roadblocks.

The National Strike Committee had asked to lift roadblocks to facilitate talks with the increasingly tyrannical government, but doesn’t represent many of the organizations and communities that have risen up in response to the police violence.