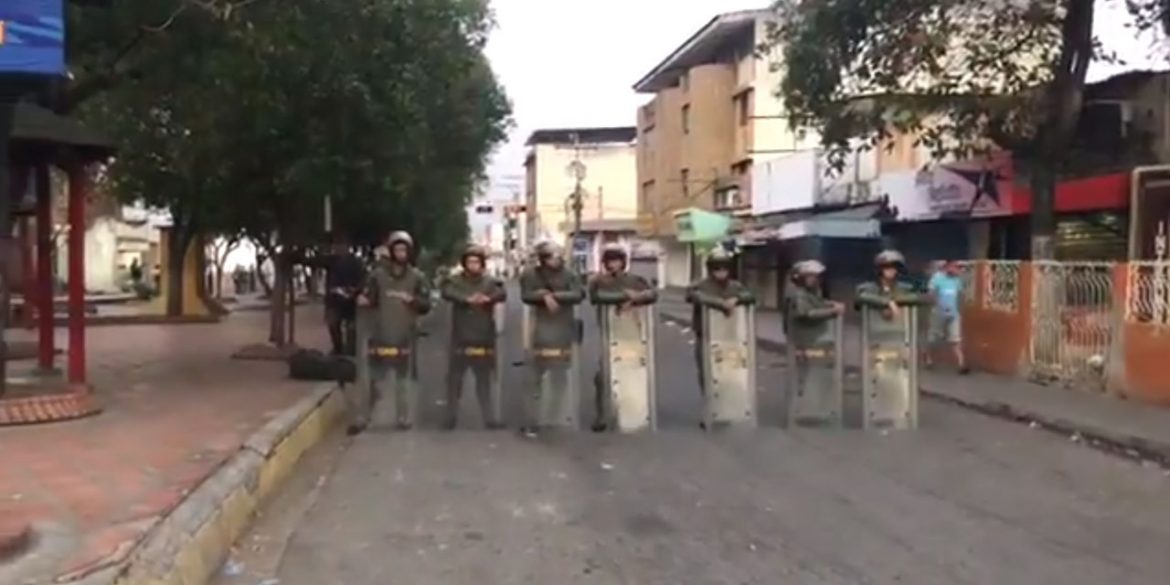 Tensions on Venezuela’s border with Colombia turned violent on Saturday as opponents of President Nicolas Maduro are trying to get foreign food supplies and medicine across the border.

The Venezuelan government ordered the closure three border crossings “due to the serious and illegal threats by the government of Colombia against peace and the sovereignty of Venezuela,” Vice-President Delcy Rodriguez said Friday.

Supporters of opposition leader Juan Guaido violently clashed with members of the military on Saturday morning across the border of the Colombian border of Cucuta where USAID and the US military have dropped 600 tons of aid over the past weeks.

Guaido, who met with Colombian President Ivan Duque in Cucuta on Friday and Saturday, called on supporters to mobilize and force border officials to allow the aid in his country.

Following Saturday’s meeting, Duque and Guaido said they demand aid is allowed into the country “pacifically.”

BBC reporters were forces to flee violence in Ureña, a town on the Venezuelan side of the Simon Bolivar border crossing where soldiers fired teargas at opposition supporters throwing rocks.

According to Venezuelan newspaper El Nacional, members of the National Guard also threw teargas at protesters in Caracas.

At least three soldiers defected and were received by Colombian authorities.

This article is being updated