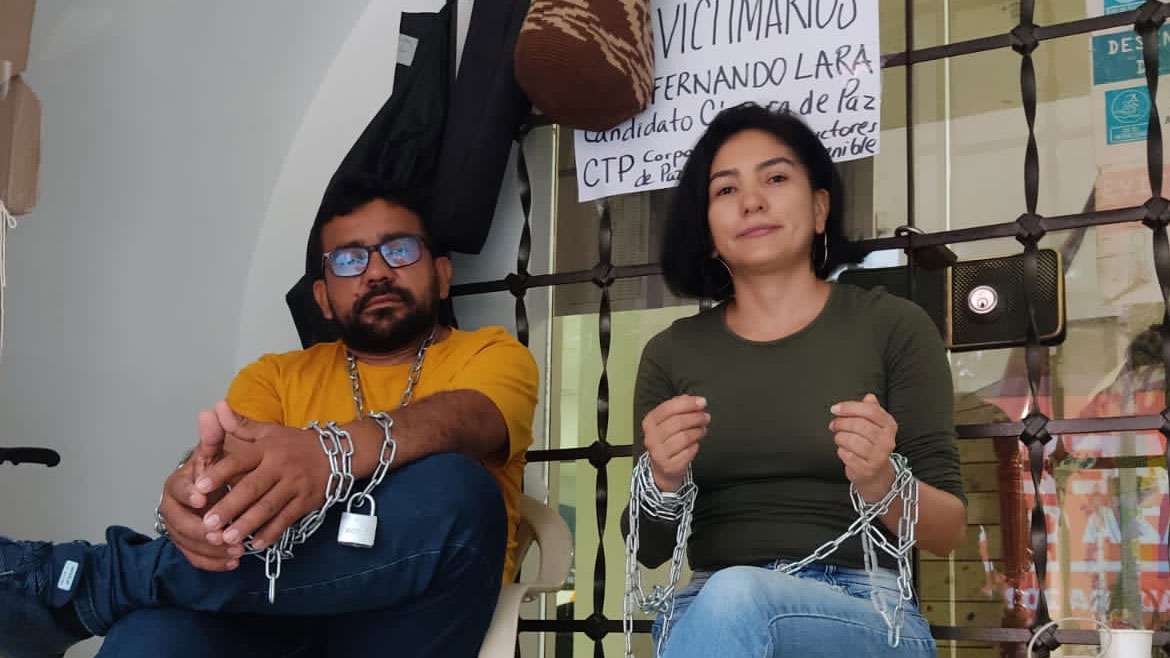 Armed conflict and political violence are threatening the participation of Colombia’s war victims in the upcoming elections.

These transitional seats were created as part of an ongoing peace process that sought to boost victim representation in Congress until 2030.

This political participation is being complicated by increased violence in the countryside, according to the United Nations’ human rights office in Colombia.

The UN agency registered a sharp increase in massacres and forced displacement in the so-called PDET regions where victim representatives are running for Congress.

OHCHR is concerned about the presence of non-State armed groups operating in the zones that correspond to the 16 electoral districts for peace and the negative impact that this will have on security guarantees in the electoral process. The Office urges the State to take preventive measures to guarantee the electoral activities and political participation in an environment free of threats and all types of violence.

Victim representatives from the priority region around the Caribbean city of Santa Marta asked to postpone the elections because of the violence.

In La Mesa, the order is to support the boss’s son. The warning from the Gaitanista Self-Defense Forces of Colombia (AGC) was given to one of the threatened social leaders who requested anonymity due to the situation in the country: so far this year, according to Indepaz, 34 leaders and defenders have been murdered.

Another candidate in the region, Wiliam Romero, is a heir of late crime lord Lucas Gnecco, according to news website La Silla Vacia.

Victim representatives from the region chained themselves to the regional registrar’s office in the city of Valledupar to demand that the elections be postponed.

More than three quarters of the approximately 400 candidates in the elections for victims were assigned bodyguards, according to National Registrar Alexander Vega.

But voters are expected to choose their congressional representatives without basic security guarantees.