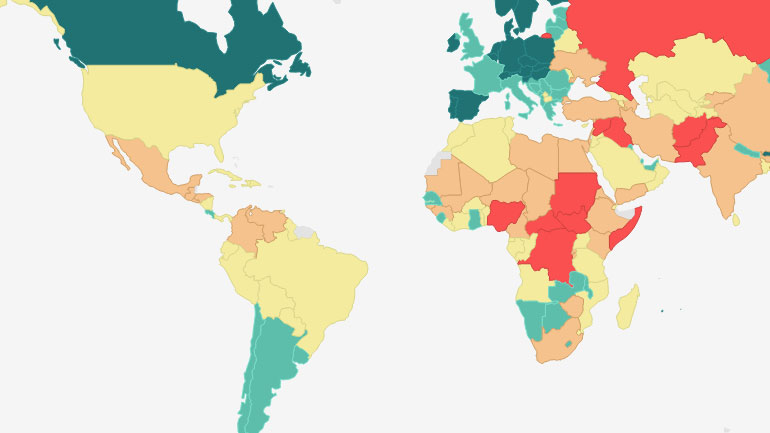 Violence in Colombia has cost the country approximately $113.7 billion, according to the Global Peace Index released by the Institute for Economics and Peace.

The index measured violence and peacefulness across the globe and ranked Colombia 146 of 162 countries where levels of violence and their impact on the economy were measured.

Colombia, once the world’s most violent country, climbed up the index and is now seen slightly less violent than countries like Libya and Israel, while a little more violent than for example Mexico and Venezuela.

What made Colombia rank so low in the peacefulness index is mainly the country’s high numbers of homicides (12,800 in 2014) and displaced people (7 million accumulated over decades of armed conflict).

Other areas where Colombia performs badly is violent crime, the intensity of armed conflict, political terror and the impact of terrorism on people’s daily lives.

Political stability, a decrease in armed conflict in the measured period, and low indexes of arms imports and exports boosted peacefulness in the country, according to the index that ranked Colombia 149 of 162 last year.

The country remains the violent country in the hemisphere, followed by Mexico and Venezuela.

The world’s most peaceful country is Iceland, followed by Denmark and Austria.