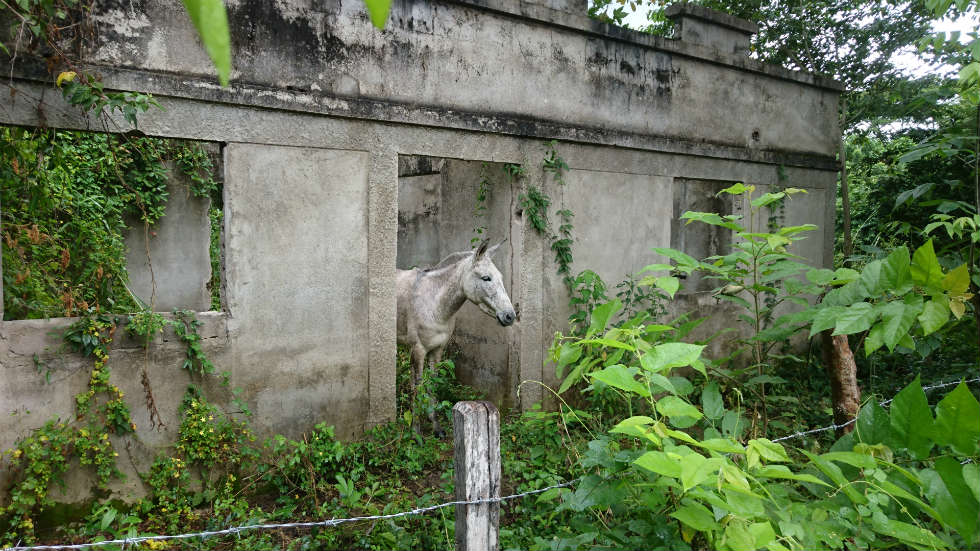 Estados Unidos, a township in the north of Colombia, once had 1,000 inhabitants. After three massacres and hundreds of homicides all but nine locals fled. Many survivors have still not returned as their lands ended up in other hands.

The small village was called “United States” because early settlers considered the coal-rich region a land of opportunity only miles from the Venezuelan border.

A community north of the town jokingly dubbed their township Canada. The nearby hill was dubbed Hollywood.

Local children have dubbed themselves “yankees,” because “we live in United States,” the local school teacher told weekly Semana in 2007.

The downpour of violence

The “yankees” fell under Marxist guerrilla rule after the FARC assumed control of the area in the 1980s.

Violence imposed by illegal armed groups worsened in the 1990s when the “Bloque Norte” paramilitary group tried to push the guerrillas from the area.

According to a report of the National Commission for Historical Memory (CNMH), the arrival of multinational mining companies had a multiplying effect on the conflict.

The report made testimonies public by ex-paramilitary leaders about the alleged collaboration between mining companies Drummond and Prodeco/Glencore and the paramilitary AUC.

According to witnesses, this involved various secret meetings, the exchange of intelligence and systematic payments.

The paramilitaries committed three massacres between 1991 and 2001, spurring mass displacement in Estados Unidos and the other rural communities in Becerril.

They call us the resistance because we endured the downpour of violence. This is true. Although it’s also true we did not leave because we had lost the will to live and told ourselves “If this is the will of God, so be it.” It seems He was on our side.

While the locals were gone, multinational mining and palm oil companies settled in the area, making the region hardly recognizable for the returning victims. 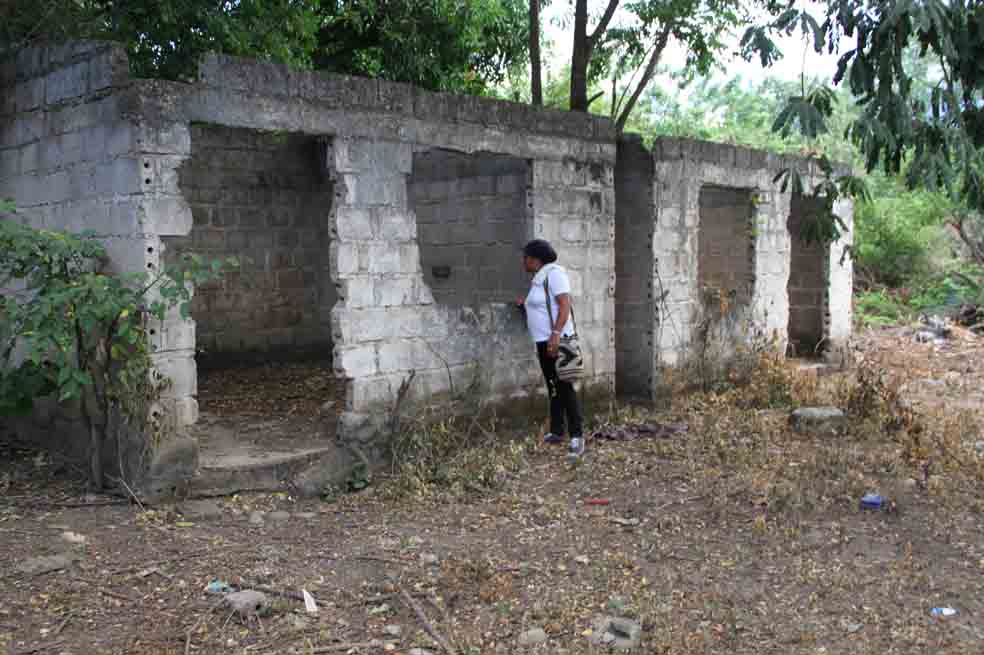 The area west of Estados Unidos is now the La Jagua coal mine owned by Prodeco, a subsidiary of Swiss mining company Glencore. Further west lies the mine of the controversial mining family Drummond from the United States.

The foreign companies benefited from the forced displacements when they bought the land titles from local companies that allegedly colluded with the paramilitaries.

Demobilized members from the AUC’s Juan Andres Alvarez Front testified before prosecutors and judges that initially there was an interest to keep the land left behind by the displaced. Later, Carbones del Caribe would have paid them to prevent the return of the owners in order to facilitate sales. So far, it is unknown whether these confessions were confirmed and whether they led to the opening of criminal investigations against the executives of that time.

By the time the local paramilitary group led by “Jorge 40” and former army commander “Tolemaida” demobilized and the military arrived in 2004, only nine people were left in Estados Unidos. Many had fled to Canada, other parts of Colombia or Venezuela.

By 2007, some 150 people had returned to the town, and this year almost 400 of the town’s original inhabitants have returned.

According to conflict monitoring website Verdad Abierta, hundreds of families from the region continue to be embroiled in legal battles with local authorities and businesses over the restitution of land that allegedly changed hands illegally.

This fits a pattern in the mining region where displaced farmers try to get back their land but find it in the hands of “associates and partners” of the paramilitary, mostly landowners and mining companies, according to the CNMH.

Illegal armed actors continue to resist the land restitution process and have already assassinated numerous social leaders and land officials in the area.

Nevertheless, the excessive violence that killed thousands and uprooted tens of thousands in the coal region is over, allowing the community to slowly normalize.

More than 800 took part in a peace and reconciliation meeting on Saturday, according to the Dutch NGO PAX, which has accompanied the local community.

This is the first time since the violence that I have seen so many people together in the square. 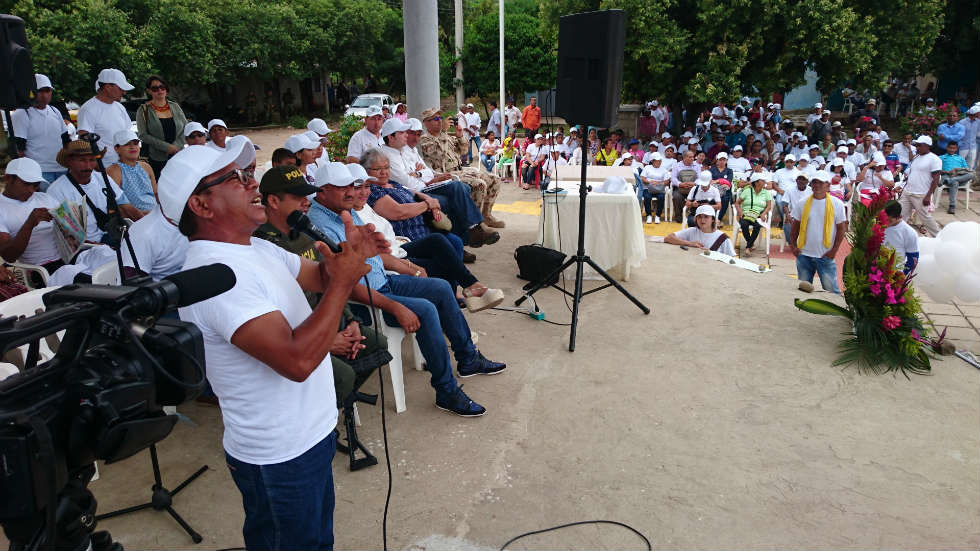 Among those present on Saturday were representatives of Prodeco, which promised to allow the use of acquired plots to  support the local peace efforts.

We are giving the project the use of farm land owned by us but not used for mining, to encourage integrated rural development.

The participation of Prodeco at the commemorative event was historic as it may be the first time a mining company takes part in a public event promoting truth and reconciliation, two key elements for peace building.

Formal truth and reconciliation will be covered in a pending Transitional Justice Tribunal, which will seek to clarify how land that was stolen by paramilitaries ended up in mining companies’ portfolios.

However, Prodeco and the local community have taken the first steps towards a reconciliation process, trying to make Estados Unidos the land of opportunity the first settlers in the region envisioned.