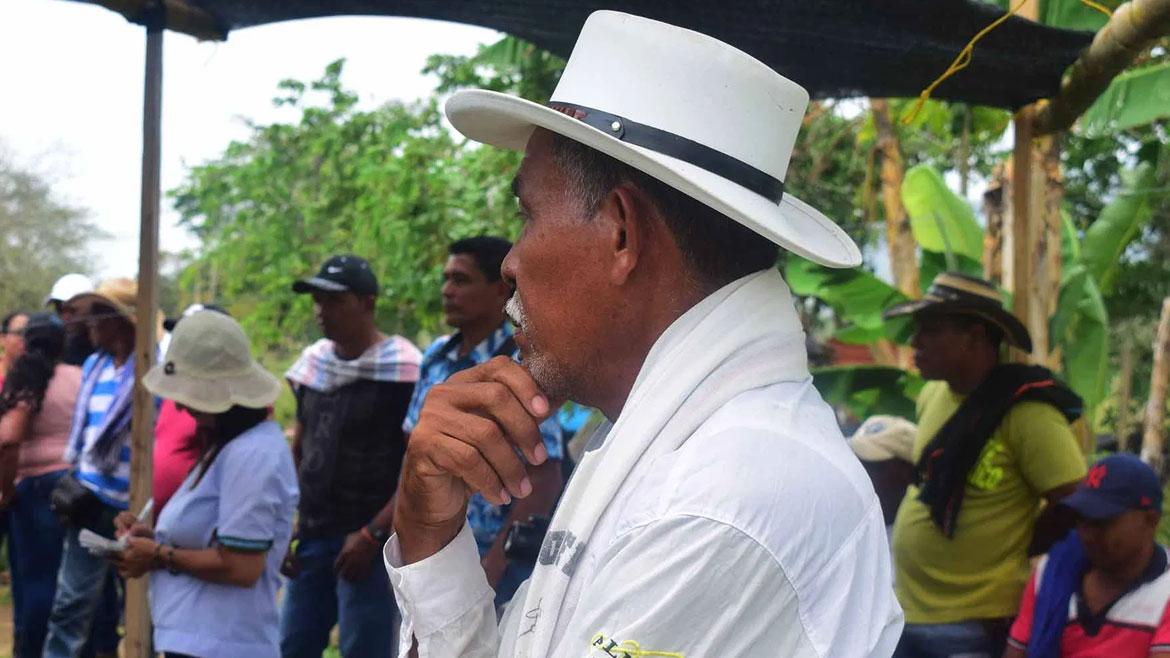 Locals from Uraba, one of the regions that was granted increased political participation. (Image: IPC)
War and peace

Colombia’s Constitutional Court on Friday granted 16 congressional seats to war-torn regions, a promise made to victims that Congress initially refused to honor.

The decision is a major victory for conflict victims from historically neglected regions and Senator Roy Barreras (U Party) who challenged the former senate president’s decision in court.

The constitutional court ruled that “treaties must be formally complied with,” also adding weight to the governments obligation to comply with an agreement to negotiate peace with the ELN.

The government of far-right President Ivan Duque has been reluctant to comply with the FARC peace deal and the 2017 agreement to talk with Colombia’s last-standing guerrilla group.

The court ignored the request of Inspector General Margarita Cabello, the government’s former Justice Minister, to uphold the decision not to comply with the peace deal.

Duque’s far-right Democratic Center party has been the fiercest opponent of the increased participation for the so-called PDET regions, falsely claiming the seats for victims were seats for the FARC.

The decision implies that the inhabitants of the PDET regions will be allowed to vote for an additional eight senators and eight house representatives in the elections of 2022 and 2026.

Colombia’s Congress currently has 108 senators and 172 house representatives and will see both chambers expanded in July next year as a consequence of the ruling.

The increased political participation for the PDET regions was one of the promises made to victims from these wat-torn regions where the government also vowed to increase investment.

Failures in the implementation of the peace deal has perpetuated violence in some of the regions that continue to suffer the consequences of historic State neglect and abandonment.