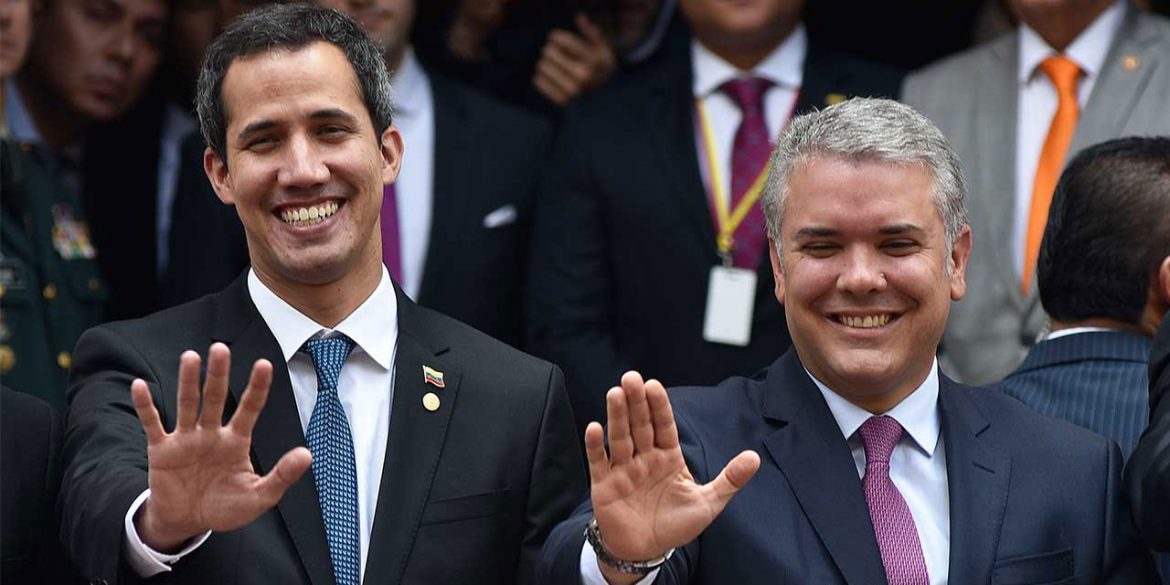 Venezuela’s opposition leader Juan Guaido arrived in Colombia on Sunday for a surprise meeting with US Secretary of State Mike Pompeo on Monday.

Guaido, who is not allowed to leave his country, arrived three days after Pompeo announced he would travel to Colombia to meet with President Ivan Duque and take part in an anti-terrorism summit.

Both groups are considered foreign terrorist organizations by the US government.

Guaido, Duque and Pompeo are likely to try to find support for their terrorism claims at the summit in a new attempt to put pressure on Maduro.

While the Venezuelan president’s reelection last year was rejected by dozens of countries in the Americas and Europe because of widespread fraud claims, few countries support the terrorism claim.

The ELN has been active in Venezuela since the 1990s and US claims that Hezbollah is present in Venezuela are more than a decade old.

The revival of the terrorism claims follows indications that the US would support negotiations between Maduro and Guaido, who declared himself president after Maduro’s controversial reelection.

His support has been waning both domestically and internationally, especially after evidence emerged that the Venezuelan opposition leader’s trip to Colombia in February last year was coordinated with drug trafficking organization “Los Rastrojos.”