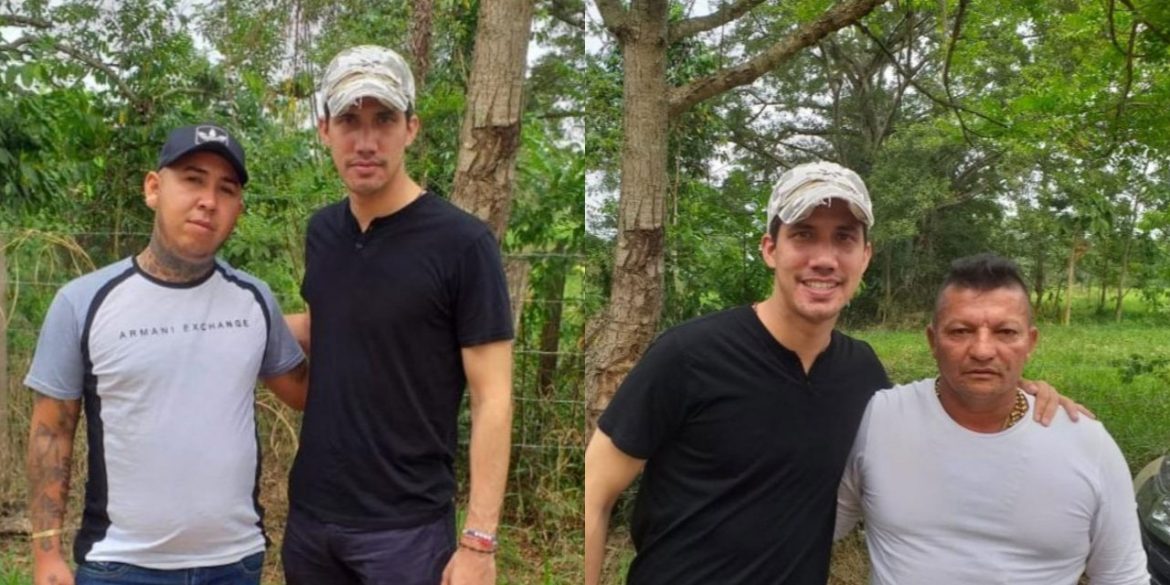 The police department of Cucuta, Colombia’s largest border city, confirmed that Guaido posed with two leaders of the group from Cali that manages drug trafficking routes to Venezuela.

Wilfredo Cañizares of local NGO Fundacion Progresar said that the images confirm his organization’s claim that Guaido received help from both narcos and the US government in a failed operation in February to weaken the support of his opponent, President Nicolas Maduro.

Wait, the US government and Colombia’s narcos? Again?

“We told you from day one: Juan Guaido’s entry into Colombia was coordinated with Los Rastrojos,” Cañizar said on Twitter.

The opposition leader’s attempt to return to Venezuela the next day was coordinated with the governments of the United States and Colombia.

In the undated images, the Venezuelan opposition leader is wearing the same clothes as in video footage of him crossing the border shot by Guaido’s supporters.

The social leader told newspaper El Espectador that locals from the border town of Puerto Santander have claimed that members of the drug trafficking group forced them to stay inside their homes until officials of Cucuta’s mayor’s office picked up Guaido on February 22.

Following his arrival, Guaido teamed up with President Ivan Duque at a concert organized by millionaire Richard Branson.

The opposition leader had claimed that “the armed forces participated” is crossing the border despite a travel ban.

The failed operation left more than 280 people injured and triggered Venezuela’s government to close the border and break all ties with Washington DC and Bogota.

Implicated US officials left office just before the storm

US ambassador Kevin Whitaker was called back last month and US President Donald Trump fired Bolton earlier this week, claiming the national security adviser had “crossed the line” in regards to Venezuela.

The revelations of the images are not only an embarrassment for Trump, but also for Colombia’s foreign minister, who has been spinning a conspiracy theory linking Maduro to Colombian guerrilla group ELN and FARC dissident “Ivan Marquez.”

Trujillo has yet to respond to the evidence indicating that Guaido received support from the drug trafficking group from Cali, the foreign minister’s home town.