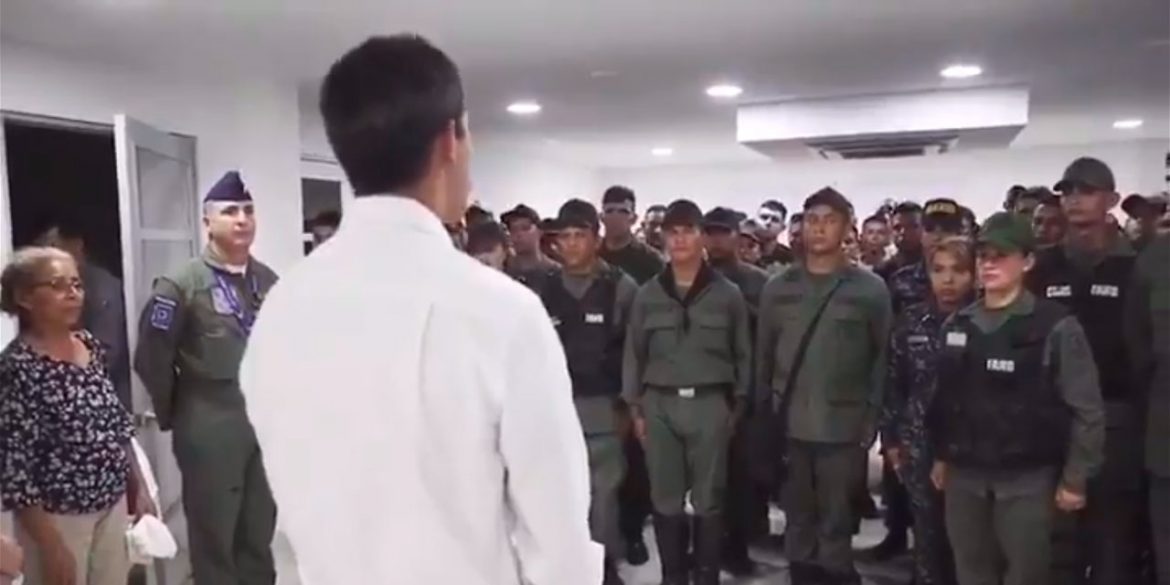 In a press release, opposition Ambassador Humberto Calderon requested a criminal investigation into “the alleged irregularities discovered in the management of resources” meant for the food and lodging of almost 700 members of the Venezuelan security forces who have jumped the border since February.

According to news website Panam Post, two opposition politicians who in February were put in charge of humanitarian aid from the United States and the care of deserted soldiers inflated the number of soldiers and had gone on a spending binge with funds meant for humanitarian aid.

While Venezuela’s opposition asked Colombia’s Prosecutor General’s Office to investigate what happened with the money for the soldiers, Guaido denied that humanitarian aid funds had disappeared in a press conference on Monday.

According to the Venezuelan opposition leader, the alleged corruption affected a $90,000 fund that had been provided by private sponsors to care for the soldiers that have been staying in the border city of Cucuta since February.

The Panam Post reported the alleged corruption after more than 60 soldiers and their families were expelled from their hotels. According to the publication, the opposition politicians owed $20,000 to one of the two hotels.

The soldiers had been complaining for months about the unpaid bills, but were ignored until the Miami-based news website published evidence of the politicians’ excessive spending.

Representatives of Guaido and Maduro have been negotiating a way out of the institutional crisis that followed after Maduro’s reelection in January was not recognized by countries in the Americas and Europe, and Guaido subsequently declared himself president.

The institutional crisis adds to an ongoing humanitarian crisis in Venezuela where food supplies and medical supplies have become scarce.