Venezuela’s chief prosecutor said Tuesday that he has filed criminal charges against a fugitive former congresswoman from Colombia who was captured on Monday.

Caracas could have expelled former Senator-elect Aida Merlano to Bogota where she ought to be serving a 15-year prison sentence for election fraud, but didn’t. 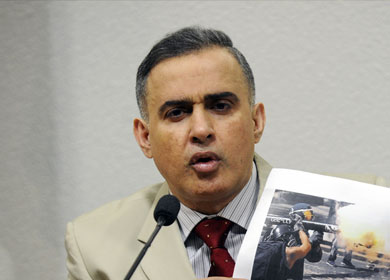 Venezuela’s Prosecutor General Tarek Saab said that the ally of President Ivan Duque has been charged with conspiracy to commit a crime, passport fraud and identity theft.

The decision could further increase tensions with Bogota, which doesn’t recognize the authoritarian government of Venezuelan President Nicolas Maduro.

According to Maduro, the politician is already giving information about corruption networks in Colombia. 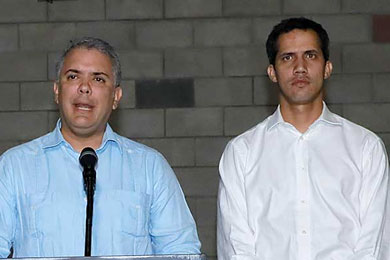 Saab’s decision to file criminal charges is a slap in the face of Duque, whose Justice Ministry asked “the legitimate government” of opposition leader Juan Guaido to extradite Merlano.

“Allow me not to laugh, this is absolutely ridiculous,” Maduro said in a televised cabinet meeting.

Maduro may not be recognized as legitimate by dozens of countries after a disputed reelection a year ago, but maintains in control of the country.

Guaido declared himself interim president in response to the controversial elections, but has failed to effectively oust his rival.

Venezuela’s special forces arrested Merlano in the northwestern city of Maracaibo on Monday, four months after she broke prison during a teeth whitening operation.

Merlano giving information on corruption in Colombia would be even more damaging for Duque, a key ally of Guaido.

The government of the US imposed sanctions on Saab and other Venezuelan officials in 2017 already in one of many attempts to weaken Maduro’s grip on power.