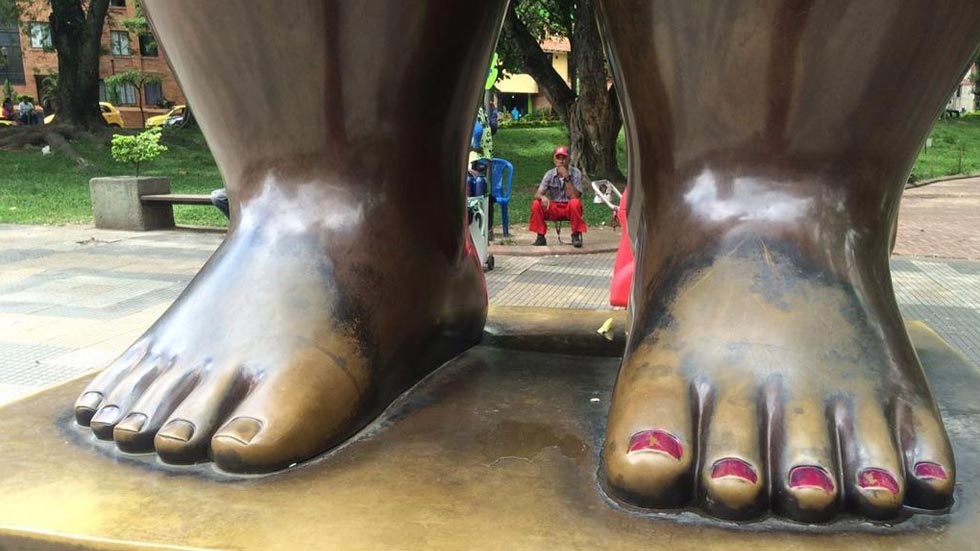 An iconic statue of an obese lady by Colombia sculptor and painter Fernando Botero had the toes of one of her feet painted red. The “vandals” failed to give a pedicure to the right foot of the statue in Bucaramanga.

While some might think it’s funny, Bucaramanga’s Social Development secretary Jorge Figueroa said criminal charges should filed against the “vandals” who painted the copper nails of one of Colombia’s most revered artists. 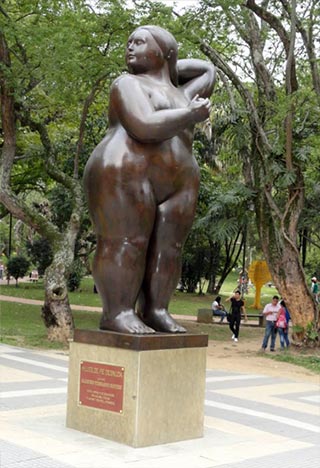 But unlike Figueroa, not everybody is a fan of Botero’s work that consists mainly of paintings and sculptures of extraordinarily obese persons and animals.

The same statue, “La Gordita,” had paint thrown over it in 2010, less than one month after the city inaugurated the statue it had borrowed from the Museum of Antioquia in Medellin.

Botero then claimed that “there will always be misfits who do not understand the value of art.”

Following the latest painting of the bronze statue, Figueroa said he would talk to the Museum of Antioquia about how to remove the nail polish.