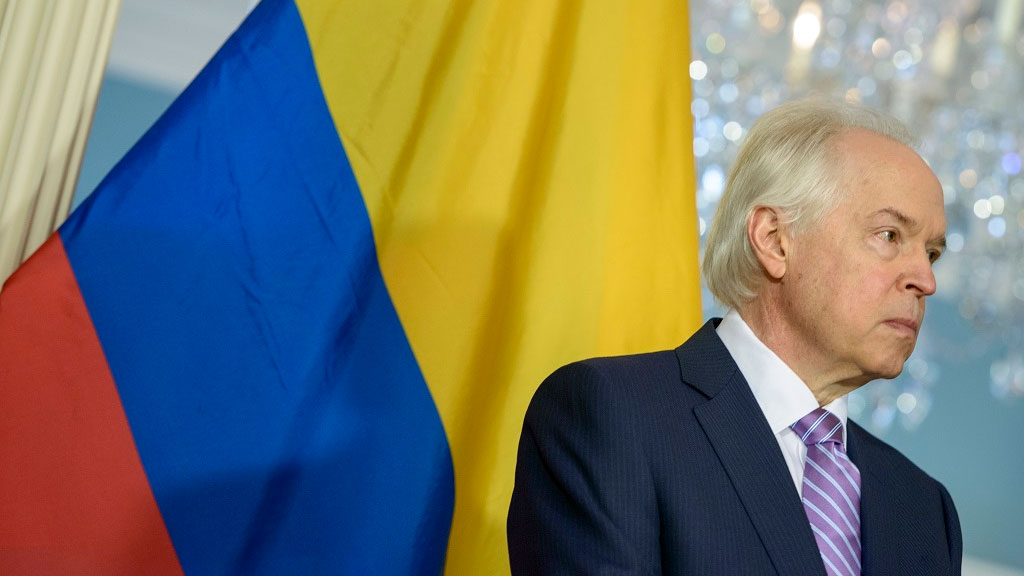 In an op-ed published in the New York Times on Tuesday, special envoy Bernard Aronson argued that, “the United States has no closer strategic partner in Latin America than Colombia, and our interests in the region are intertwined.”

Continued US support begins with approval of a $450 million aid package pledged by outgoing President Barack Obama last February, a move that “would send the hemisphere, where support for Colombia’s peace process is universal, an encouraging signal about American staying power.”

“If the peace agreement succeeds, Colombia will emerge as the strongest democracy in Latin America, a political and economic model for the region,” he adds.

Additionally, his appointment this week of Rex Tillerson, the Chairman and CEO of Exxon Mobil, to be Secretary of State sheds little light on what direction toward Colombia the US will take once Trump takes office in January.

Colombia’s revised peace deal was approved Tuesday by its Constitutional Court, a measure that will allow the country to swiftly implement the agreement.

On Monday, the European Union approved an initial $100 million in funds to support the peace deal, part of a total aid package that will eventually reach over $600 million.