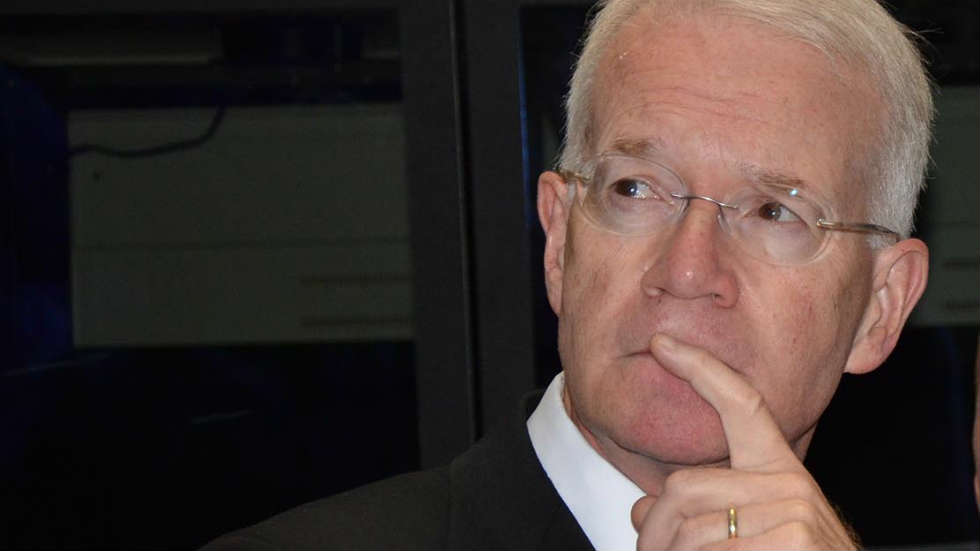 President Donald Trump on Tuesday appointed Joseph Macmanus as the United States’ ambassador to Bogota as relations with Colombia are under pressure.

With Macmanus, Trump has chosen for a diplomatic heavyweight, with decades of experience in Washington and abroad.

The career diplomat on several occasions occupied the post of Under Secretary for Political Affairs, reportedly the third ranking post in the Department of State.

Macmanus will take over the position from Kevin Whitaker, another career diplomat, who has been ambassador since 2014 and leaves his post amid bilateral turmoil. 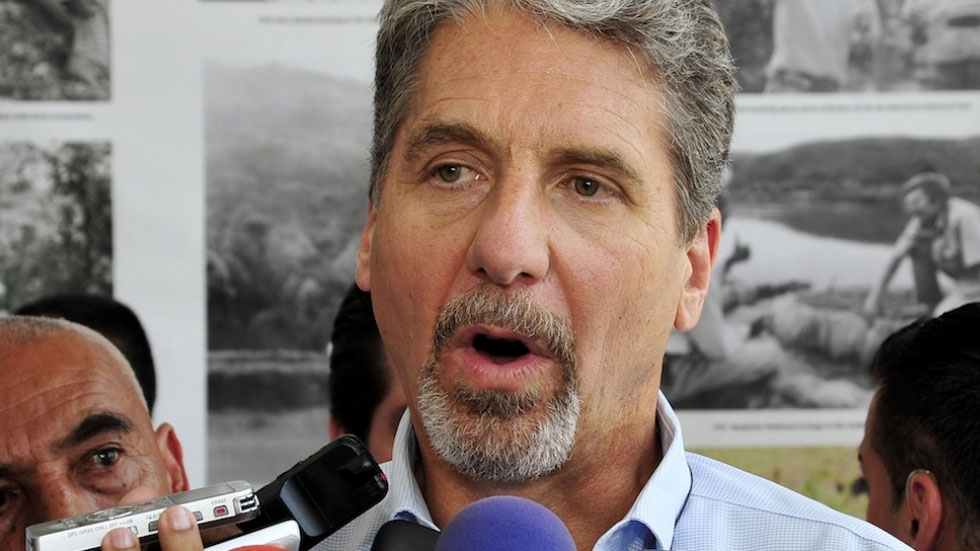 Macmanus’ arrival comes amid tensions between the two allies over drug trafficking, an ongoing peace process and Venezuela.

Particularly drug trafficking has been a complicated issue because of its interference in a peace process that seeks to end more than half a century of armed conflict between the state and Marxist FARC guerrillas.

Colombian President Juan Manuel Santos has been rallying for a different approach to the drug war he called “more harmful than all other wars combined” when collecting his Nobel peace prize in 2016. 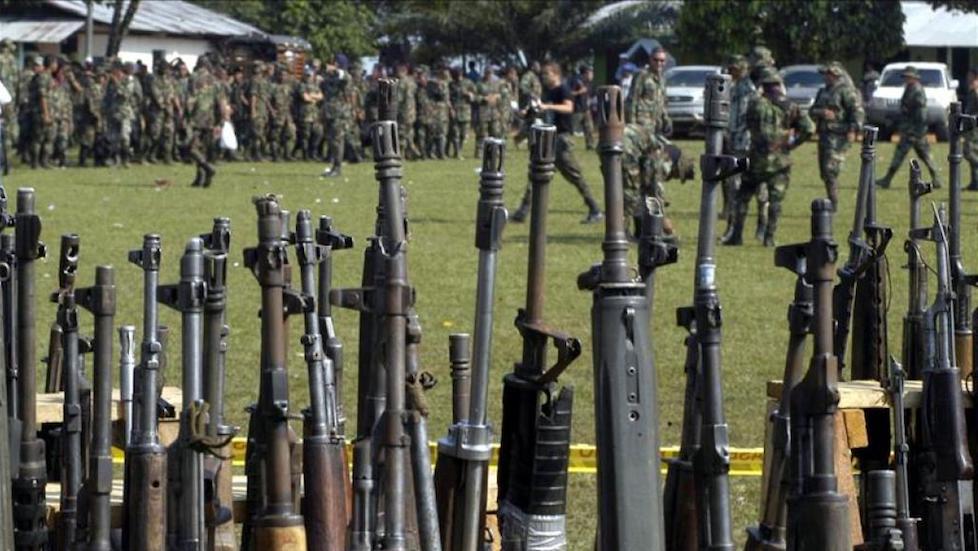 Some 14,000 people demobilized with the FARC. (Image credit: United Nations)

The US has refused to support a strategy promoted by the United Nations to use rural development and crop substitution to allow farmers to take part in the legal economy.

Trump later announced he considered decertifying Colombia as a cooperative country in efforts to curb drug trafficking and has taken distance from the peace process.

This was met by defiance in Bogota where top officials criticized US efforts to reduce consumption in the world’s largest cocaine market. 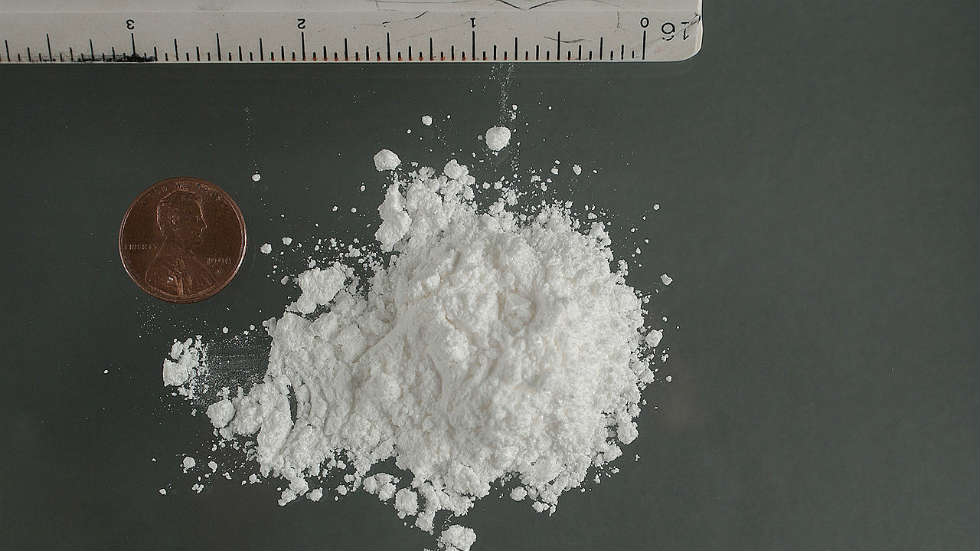 In 2015, cocaine overdoses in the US reached their second highest level since 1999. (Image credit: Wikipedia)

Cocaine production in Colombia reached record levels in 2016. Never before were at least 148,000 hectares dedicating to growing coca, the base ingredient for cocaine.

While the US has promoted forced eradication and aerial fumigation, both the Colombian government and the UN have pushed for public investment in the neglected countryside.

Police efforts to forcibly eradicate coca, have left at least 10 farmers dead this year under the watch of international peace observers.

The Colombian government has teamed up with the UN to promote a voluntary crop substitution program and has promised investment in the long-abandoned rural areas.

Other illegal armed groups have attacked both civilians and security forces in a struggle over control in former FARC territory.

The FARC became a political party in August after decades of Marxist uprising financed by illicit activity, particularly coca cultivation.

Both Colombia and the US have rejected the increasingly authoritarian government of neighboring Venezuela led by President Maduro.

The crisis in Venezuela has spurred the migration of half a million to Colombia and tensions along the porous border.

Colombia and other Latin American allies have rejected the possibility of US military invention as proposed by Trump in September. Instead, they have urged for diplomatic pressure.

The two countries have been in regular contact over Venezuela. Colombia’s Vice President and Foreign Minister met with their American counterparts in Washington this week.

Colombia has long been among the US’ staunchest allies in South America. Leftist governments in neighboring countries like Venezuela and Ecuador have been highly critical of US meddling in regional affairs.

A career member of the Foreign Service holding the rank of Minister Counselor, he served as the Executive Assistant to the Secretary from May 2012 until November 2012, and from January 2009 until April 2011. As the senior professional aide to Secretary of State Hillary Rodham Clinton, he helped manage the Secretary’s professional office and staff, and accompanied her on foreign travel. From June 2008 until January 2009, he served in the same capacity under Secretary of State Condoleezza Rice.

Apart from occupying top positions in Washington, Macmanus has spent years in Geneva representing his country at the European office of the UN and in particular at the International Atomic Energy Agency (IAEA).

The diplomat has been involved in efforts to prevent the production of nuclear weapons by Iran.

In more than 30 years of service, Macmanus also worked at embassies in Mexico, El Salvador, Poland and Belgium.