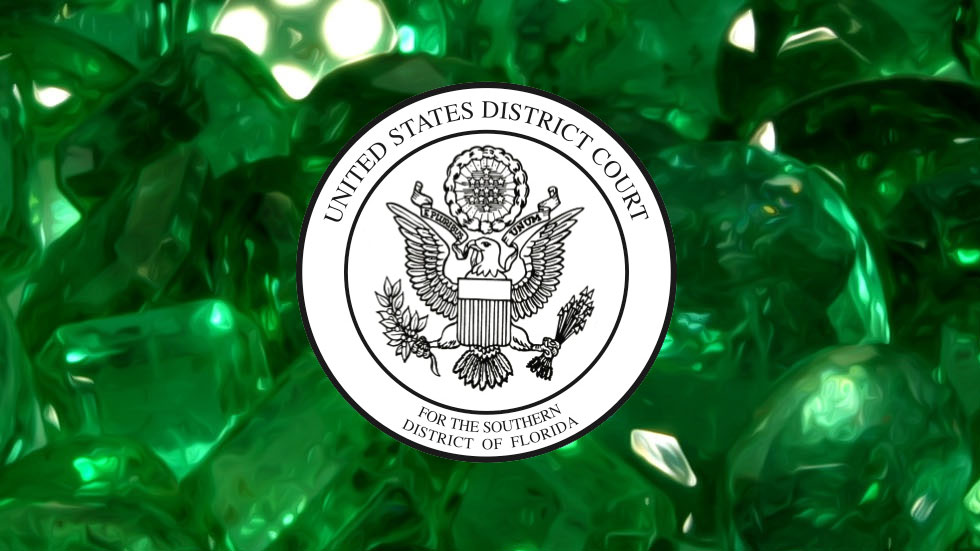 A court in the United States has indicted four of Colombia’s leading emerald miners and one former mayor with drug trafficking and is seeking their extradition, newspaper El Tiempo reported Friday.

According to the newspaper, the Southern District of Florida court accused the businessman and their alleged political ally of trafficking cocaine to the US since 2002.

Two of the Rincon brothers, Pedro Nel and Omar, are already in prison for homicide. Their brother Gilberto has no pending arrest warrant in Colombia, according to El Tiempo.

Notwithstanding, the newspaper said, the three brothers have long been on the National Police radar for their alleged ties to drug trafficking and paramilitary organizations.

Triana is in jail on suspicion he tried to assassinate one of the heirs of Victor Carranza, Colombia’s late “emerald czar” and one of alleged godfathers of paramilitary groups formed in the 1980s.

According to the US prosecutors, all suspects formed a drug trafficking ring with allies in Venezuela, Mexico, the Dominican Republic and Haiti.

In Colombia they would have teamed up with the extradited Daniel Barrera, a.k.a. “El Loco Barrera,” who ha allegedly been succeeded by “Puntilla,” a suspected drug lord who was arrested and released earlier this year.

According to El Tiempo, extradited members of El Loco Barrera’s organization have testified against the suspects.

The newspaper said it had tried to contact the former mayor and the only Rincon brother not in prison, but was unable to locate either suspect.

Colombian authorities, the newspaper reported, have been investigating whether homes owned by the suspects were used for the production of cocaine.

Colombia’s emerald industry has long been accused of being closely linked to organized crime.