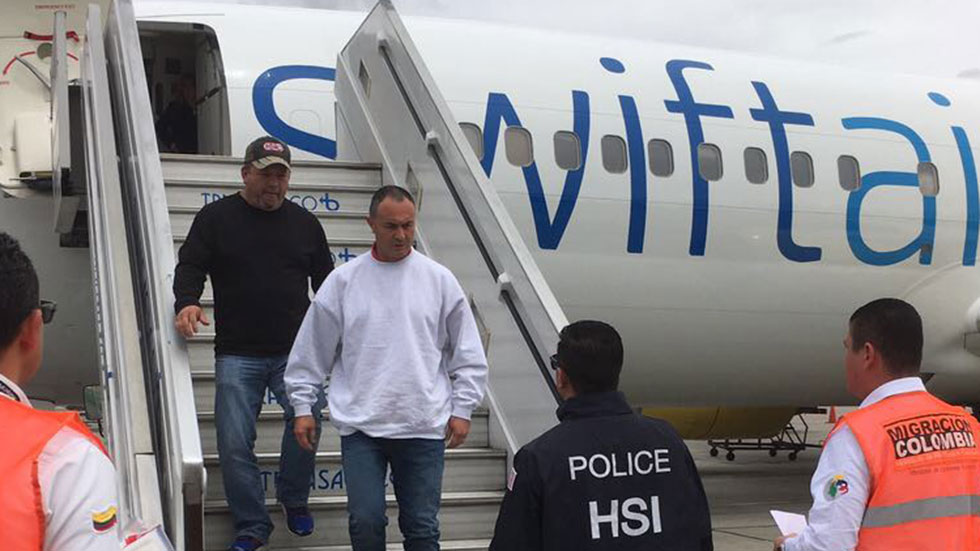 The United States deported a former intelligence chief of Colombia’s now-defunct intelligence agency DAS, who is wanted in Colombia to face torture charges.

Enrique Ariza, 49, was removed from the US on Monday to stand trial for the alleged aggravated psychological torture of journalist Claudia Duque and spying on opponents of former President Alvaro Uribe.

“As this removal makes clear, ICE is working closely with its foreign counterparts to promote public safety and hold criminals accountable.”

The deportation of one of his former intelligence chiefs is a major blow for Uribe, whose country is setting up a transitional justice system that is expected to try Ariza and possibly even the former president after Uribe’s successor, President Juan Manuel Santos succeeded in ending a 52-year war with FARC rebels that cost more than 265,000 Colombian lives.

Uribe has opposed this process, and for good reasons, as he was politically responsible for war crimes that left thousands of victims.

Like many of Uribe’s allegedly criminal political allies, the United States provided a sanctuary for Ariza as the country does not commonly extradite foreigners of such high profile.

But those times are over, said Maria Bjornerud, chief counsel at the Orlando office on the ICE website.

“Bringing this criminal to justice highlights that the United States and ICE will not allow criminals to hide behind the protections of our borders, no matter how important their former positions.”

Ariza is one of many former DAS and government executives either convicted or charged for cooperating with the paramilitaries or wiretapping the Supreme Court, human rights defenders, journalists and Uribe’s political rivals.

The Colombian equivalent of the CIA was dismantled in 2011 after a series of scandals primarily caused by the agency’s close relation to far-right death squads and its involvement in drug trafficking.

Duque was threatened in reprisal for her investigations into the 1999 murder of another journalist, Jamie Garzon, whose assassination has been linked to paramilitary organization AUC and the DAS.

According to the Colombian Foundation for Freedom of the Press, Duque received repeated phone threats between 2003 and 2004, including one that elaborated the torture and rape of her 10-year-old daughter.