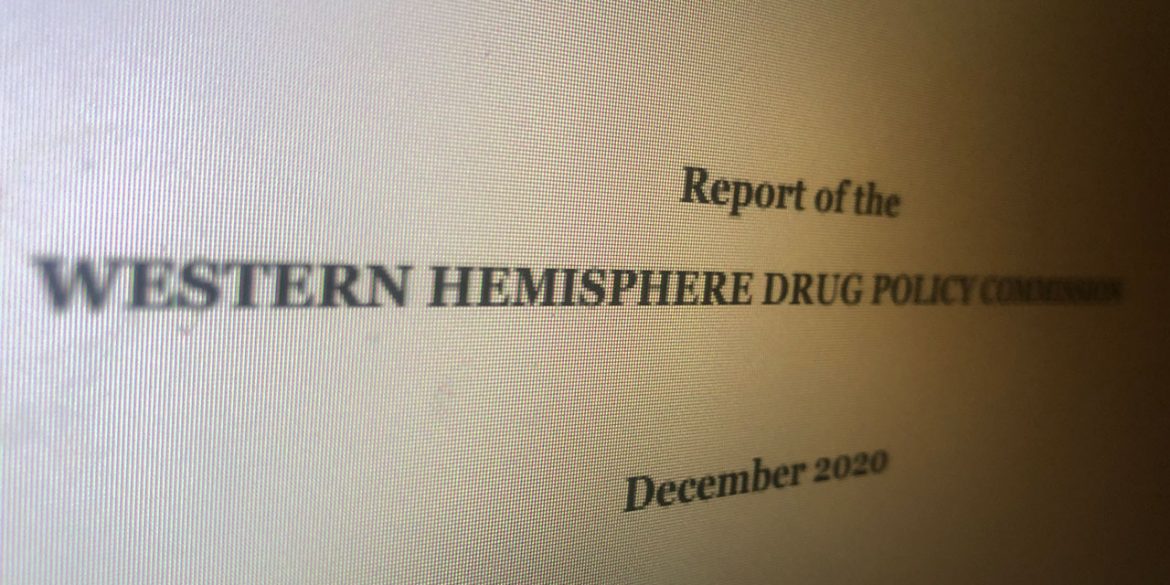 The report of a commission advising US Congress on counternarcotics efforts in the Americas was so superficial not even Colombia’s largest drug trafficking organization could have taken offense.

In fact, paramilitary organization AGC, or the “Clan del Golfo” as the government likes to call them, wasn’t even mentioned.

The “Western Hemisphere Drug Policy Commission” told the House of Representative what it wanted to hear, I suppose, that Venezuela is a “dictatorship” and Colombia is deemed a “vibrant democracy with a stable market-oriented economy.”

Venezuelan President Nicolas Maduro is far from a democrat, but he wasn’t elected with the help of a drug money launderer like his Colombian counterpart Ivan Duque.

I believe this is relevant when US Congress redefines its drug policy; Duque received counternarcotics aid and Maduro doesn’t. Venezuela’s regime is being sanctioned even.

Colombia is the “firmest US ally in the region,” the drug policy commission said about the world’s largest cocaine producer.

Duque, his vice-president, defense minister and foreign minister have all been tied to drug trafficking, which contributed to the deaths of more than 70,000 Americans last year.

Colombia’s government may be a strategic ally for Washington DC when it comes to defense, foreign policy or the economy, which is fine, but the drug policy commission was hired for something else.

When it comes to drug trafficking, considering Bogota an ally is beyond naïve. Calling the Duque administration a “liability” would be kind enough.

If any of the commissioners had any expertise with drugs, the report wouldn’t have contained such rubbish. The “Western Hemisphere Drug Policy Commission,” however, had none.

The commission’s sources were limited to people within the government, mainstream media and an occasional NGO report, nothing that would scratch beneath the surface.

Consequently, the House of Representatives received a superficial report that failed to recognize potential pitfalls or move beyond superficial ambiguities or even mention Colombia’s largest drug trafficking organization.

To my sadness, the only things I learned from the report is that drugs are expected to destroy a record number of American families again this year and a solution for drug-related violence in Colombia will take decades on the condition that global consumption is reduced.