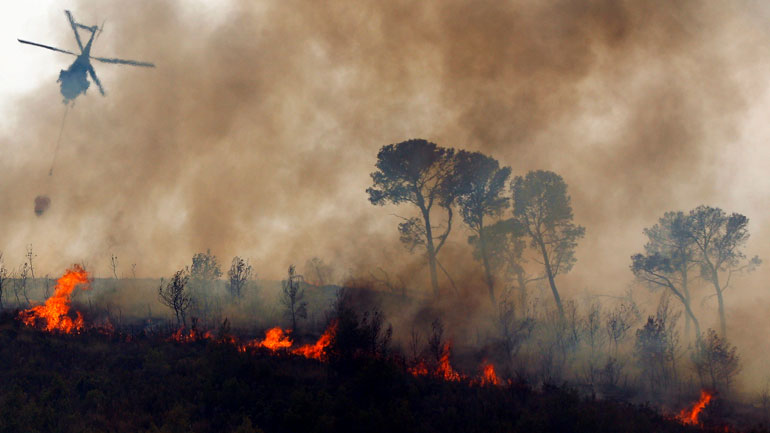 Colombia will receive at least $50,000 from the United States in an effort to help combat the South American country’s widespread forest fires caused by the “El Niño” weather phenomenon.

The US government has given the initial payment after it was asked by the Colombian government for assistance with the large scale “strong phenomenon” that the country has been battling, bringing extreme drought, high temperatures and forest fires which is expected to continue until March.

The donation will reportedly help improve communication and firefighting teams as well as the training required by ground and air firefighters and response teams. The US International Development Agency will also reportedly provide strategic coordination and technical assistance to risk assessment.

“We regret the situation but we are taking the opportunity to reaffirm our commitment with Colombia,” said US ambassador Kevin Whitaker.

The provinces most affected by the fires are Valle del Cauca, Cauca, Nariño and Tolima, all predominantly located in the south west of the country. In Tolima, 12,000 people were evacuated from urban areas due to the excessive amount of smoke produced by the fires.

According to El Espectador newspaper, public service networks have taken a massive battering by the fires, leaving 14,000 people without electricity and affecting 37 aqueducts that are relied upon by 3.2 million people. Cultivation has also suffered enormously, with 60,652 hectares of worked land damaged by the fires.  To date, a total of 119,274 people have been affected by the problem, 52 houses destroyed, 93 homes damaged, 94 injuries and 11 deaths.

Whitaker predicts that there is a possibility the phenomenon will continue to worsen up until the first part of 2016, before circumstances improve.

Currently, nine of Colombia’s 32 provinces are in a state of emergency, and will continue to be as according to the national meteorological institute IDEAM, water deficits can exceed 60% in the coming months.

According to the US International Research Institute for Climate and Society (IRI), which has been working with IDEAM in Colombia, experts are monitoring the development of one of the largest El Niño events of the last 50 years across the globe.