US confirms return of former leader of Colombia’s AUC paramilitaries

The US government has confirmed it will release Salvatore Mancuso, the former leader of paramilitary group AUC, and send him home to Colombia on March 27.

The return of the man who led the demobilization of the country’s most blood-thirsty terrorist organization between 2003 and 2006 is highly anticipated by victims and presumably feared by former associates.

Mancuso, who will be a free man when he returns, has asked to be submitted to the war crimes tribunal and vowed to cooperate with the truth commission that is part of an ongoing peace process.

Mancuso vows to blow the whistle on Uribe 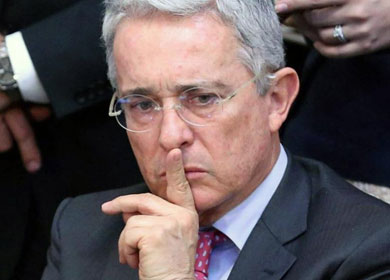 Last week, the former AUC leader specified to the Special Jurisdiction for Peace (JEP) that he would provide the court with information on terrorism financiers and politicians as prominent as former President Alvaro Uribe.

The former president extradited the paramilitary chief and 13 others in 2008 without a warrant exactly when the AUC commanders began revealing the extensive ties between their organization, politicians and business elites.

According to Uribe, who is accused of paramilitary ties, the AUC leaders had violated the demobilization deal, which in the case of Mancuso and others was later denied by the court.

According to the former AUC chief, Uribe was trying to prevent the commanders from incriminating politicians and businessmen who were complicit in crimes against humanity. 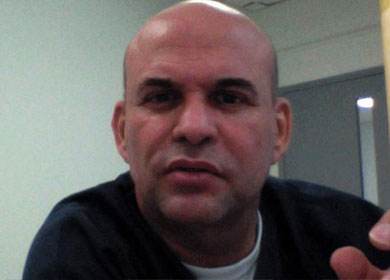 Salvatore Mancuso testifying from his US prison. (Screenshot: Youtube)

Previously, Mancuso said that he would continue his cooperation with the Justice and Peace transitional justice system that was part of the paramilitaries” demobilization process.

In December, a court ruled that the AUC’s former supreme leader had served his time and was granted parole on the condition he continued cooperating with justice.

According to newspaper El Tiempo, the International Affairs unit of the Prosecutor General’s Office ordered the organized crime unit to “carry out investigations against the aforementioned citizen, so that the relevant procedures can be carried out with the judicial police bodies to guarantee his appearance” at the court hearings.

With at least one former Prosecutor General, Luis Camilo Osorio, investigated for his alleged ties to the AUC, it is unclear whether the prosecution plans to effectively grant Mancuso the conditional liberty ordered by the court.

The former AUC chief has openly accused prosecution officials of trying to set him up to prevent him from incriminating top officials in criminal and terrorism activities.

If the JEP decides to agree to his submission, Mancuso would be shielded from any possible dirty tricks that would frustrate hie expressed intentions to blow the whistle on some of Colombia’s most powerful politicians and businessmen.