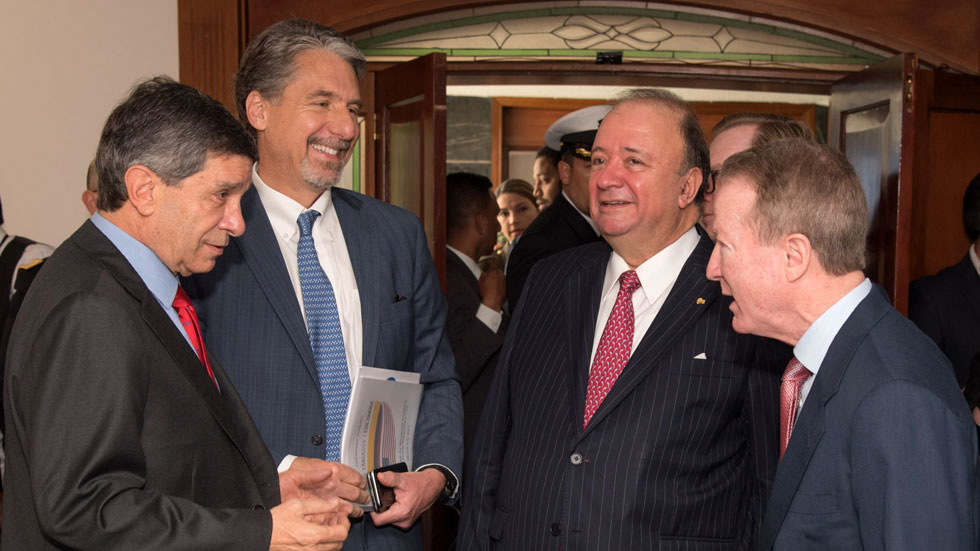 US confirms possible reduction in aid for Colombia peace process

Both the US ambassador to Bogota and the US international narcotics chief have confirmed the US government could cut aid for peace in Colombia after initially promising $450 million.

The vice-secretary for the U.S Bureau of International Narcotics and Law Enforcement Affairs (INL), William Brownfield, and ambassador Kevin Whitaker confirmed leaked statements by US Secretary of State Rex Tillerson in which he said the administration of President Donald Trump wanted to “review” the aid package promised by former President Barack Obama.

Addressing local media, Brownfield suggested “it is possible that there will be changes in the US congress budget.”

In the first presentation of the 2018 White House budget, a severe reduction (37%) was shown in available resources for the State Department’s international aid programs

Brownfield reassured Colombians that the issue was “more a conversation than a threat”, adding that the reduction in aid could be changed “via a request from the Secretary of State to the President of the U.S.”

He added that uncertainty in aid reduction is a consequence of both governments being in a stage of transition, “Colombia towards peace and us from one political party to another.”

The two US officials were in Bogota to speak on the consequences of rising coca cultivation in Colombia and joint efforts to curb the growing of cocaine’s most important ingredient.

The diplomats’ visit came shortly after the INL’s annual International Narcotics Control Strategy report, released at the beginning of March.

According to the report, 2015 to 2016 saw “the largest single-year increase of coca cultivation in Colombia ever recorded.”

Although the Colombian government continues to counter the production and trafficking of illicit drugs through eradication operations, aggressive interdiction, and law enforcement activity, potential pure cocaine production in 2015 (the most recent year for which data is available) surged 60 percent to 495 metric tons.

Brownfield said he believed that the rise in coca production is a result of the termination of aerial fumigation, a decision he said the US will not challenge.

Aerial use of the Glysophate pesticide was banned following the World Health Organization’s ruling that the spray was “probably carcinogenic in humans” and complains from local farmers the pesticide was killing not just coca, but all crops.

Despite the potential cuts, both diplomats were keen to voice US support for Colombia: “we have fought illicit drugs with Colombia for two decades. We are partners, we are allies, we have worked very well together.”

However, according to Colombian President Juan Manuel Santos, the US-led War on Drugs has failed and a new approach is necessary to effectively curb drug abuse and drug trafficking.

The statistics also indicate results have been limited at best. Fifteen years and approximately $10 billion American tax dollars after the beginning of “Plan Colombia,” coca cultivation is at virtually the same level as it was before the counter-narcotics strategy.

Colombia is the world’s top cocaine producer, making an estimated 700 tons of the white powder, mainly to the US, the world’s primary cocaine consumer.