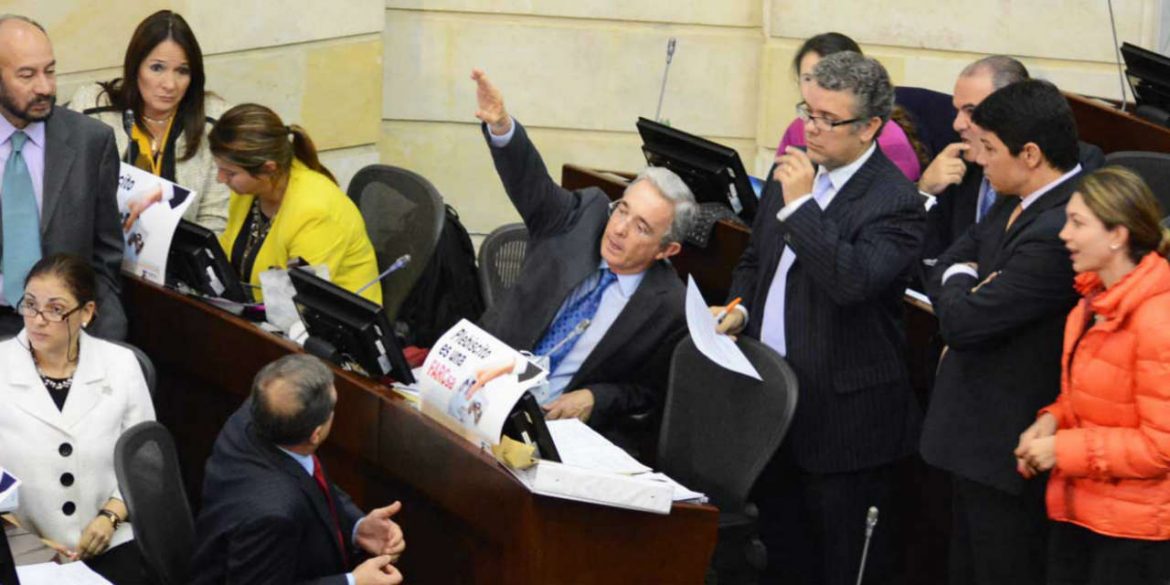 Colombia’s state council on Wednesday agreed to investigate whether former President Alvaro Uribe should be removed from Congress for failing to vote on legislation.

The probe could have far-reaching consequences as Uribe, his presidential candidate Ivan Duque, and dozens of other congressmen could be barred from holding public office.

The high court is studying a second lawsuit that seeks the political death of both Uribe and Duque.

Congress has been nervous for weeks after a representative was removed from the House for neglecting to vote.

Colombia’s legislative branch has been dysfunctional for decades, partly because of lawmakers’ chronic absenteeism.

To curb the practice, President Juan Manuel Santos signed a new law in January that gave the State Council the possibility to bar lawmakers from holding public office.

The charges against Uribe and Duque seek to punish them for failing to vote after reporting his presence in the Senate.

According to the attorney who filed the charges, Uribe and other members of the Democratic Center party “collectively withdrew from sessions” that sought to create congressional seats for conflict victims.

If convicted, the leader of the largest political party in the Senate could lose his seat. Duque would not be able to take office as president if he is elected in May.

According to the State Council, it would formally notify the former president of the investigation.

Uribe took to Twitter immediately, stressing that the attorney who sued him had previously represented a commander of demobilized guerrilla group FARC.

According to the hard-right politician, he couldn’t vote on bills related to the country’s peace process “for reasons of conscience.”

Uribe, who is investigated by the Supreme Court for his alleged role in the formation of far-right death squads, has opposed the peace process.

Duque has vowed to retroactively change the peace deal if elected on May 27.