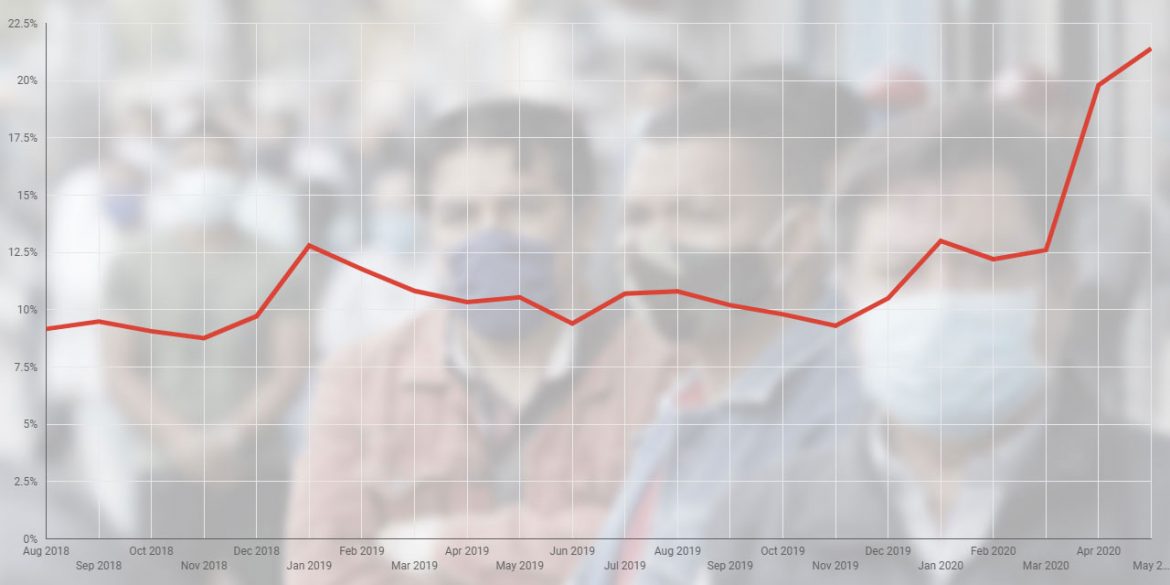 Colombia’s unemployment rose to 21.4% in May, despite efforts to reactivate the economy that was all but shut down in March in response to the coronavirus pandemic, statistics agency DANE said Tuesday.

Most job losses were registered in the country’s 13 largest urban areas where unemployment rose to 24.5% compared to 11.2% in May last year and 23.5% in April.

The retail sector, which in some cities remains closed because of an acceleration of outbreaks of COVID-19, saw the most job losses, but also sectors that have reopened, like manufacturing and construction, saw contractions.

Within the urban areas, the layoffs affected women more than men, further widening the unemployment gap between the two genders.

In the cities, 47.4% of the unemployed are said to have lost their job or income because of the pandemic. Additionally, 35.9% are said to no longer be able to pay the bills or outstanding debt, according to the DANE.

The situation is problematic as many who haven’t been able to pay rent are currently shielded by an eviction ban that is set to be lifted on September 1.

Waiting for a plan

In his daily COVID show on Facebook, President Ivan Duque said his response to the pandemic sought to “protect life and health, but also employment, job generation and the workers.”

How the president seeks to do this is unclear though. In May, both coronavirus infections and unemployment went up while some employers are still waiting for promised relief packages that would allow them to keep people on their payroll.

“We were promised all sorts of relief packages, many of which have yet to materialize. The people in government don’t know about them and the receiving banks have not been informed either,” one employer who asked to remain anonymous told Colombia Reports.

A second employer said he did receive a loan and a stipend to pay employees, but that “the paperwork is crazy.”

With the peak of the pandemic not expected until late August, it is still uncertain how many companies and jobs will still be standing and how fast economic activity can recover from what the International Monetary Fund considers the worst crash in Colombia’s history.