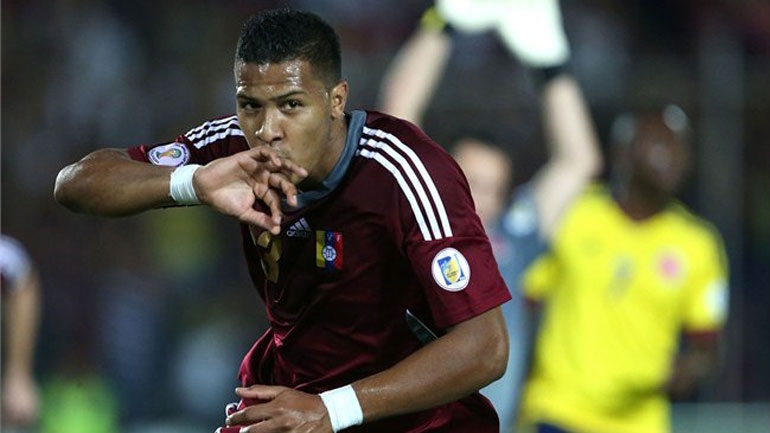 Colombia lost its first match in the 2015 Copa America against Venezuela on Sunday thanks to a goal by Venezuelan star player Salomon Rondon.

Losing the game against the country widely considered the underdog in Colombia’s Group C was a major set-back for coach Jose Pekerman and his “cafeteros” who had created a lot of expectations after surprisingly ending 5th in last year’s World Cup in Brazil.

Colombia, led by Radamel Falcao as team captain, began the game defensively and without much of the flair shown in Brazil last year. The ball remained on Colombia’s side of the field most of the first 45 minutes of the game, leaving forward players like James Rodrigues and Juan Cuadrado without much opportunity to show their skills.

In the second half, Colombia did push forward and was able to create a few chances before the goal of Venezuela goalkeeper Alain Baroja, but a surprise kick returning the ball to Colombia’s half ended up on the head of Rondon who surprised Colombian goalie David Ospina and scored the only goal of the match.

Now facing a defeat, Colombia picked up even more speed, pressuring Venezuela’s defense, but without results.

The team will now have a tough few matches ahead for it to be able to reach the second round of the tournament as, apart from Venezuela, it has soccer giant Brazil and fellow-World Cup participant Peru in Group C of which only the first two after three matches proceed.