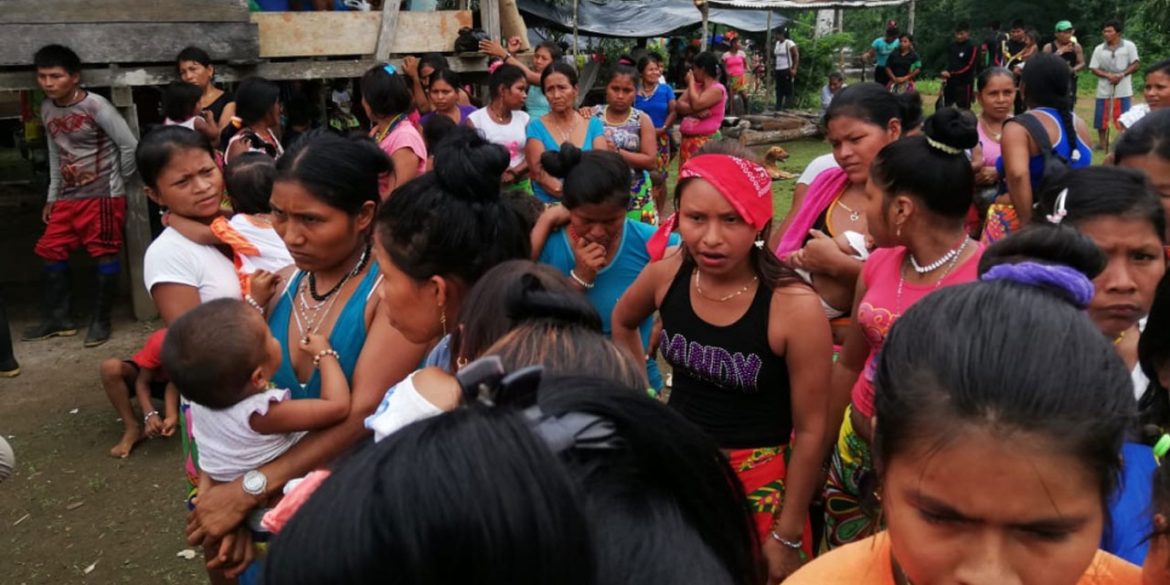 The United Nations urged Colombia on Tuesday to take immediate action against ongoing violence in the northwest of the country.

According to figures of the UN’s refugee agency UNHCR, over 1600 members of five different indigenous communities have been displaced as a result of armed conflict between illegal armed groups over the past two weeks in Jurado, a municipality in Choco.

The press release stressed the need for intervention, stating that the affected communities were suffering “grave human rights abuses due to the presence of, and conflict between, armed groups in their territories since April 26th.”

Why delivering aid is necessary

The conflict has led these five communities to take refuge in the settlement Dos Bocas, where 853 of the displaced are currently sheltering in the main building of the Armando Achito Lubiasa agricultural college.

On April 28th, a council of indigenous leaders requested immediate humanitarian aid for the displaced, including access to education for the young, as well as cooking and sanitation facilities, and access to clean drinking water.

Although local and national authorities have tried to intervene, they face significant difficulties in doing so.

The northwest of Colombia has been ravaged by a turf war between guerrilla group ELN and paramilitary group AGC who are trying to assume control over the territory that was occupied by the FARC until a peace deal with that group in 2016.

The locals, who are mainly of indigenous descent, have been caught in the crossfire of this conflict ever since.

Situated on the Pacific coast and bordering Panama, the region is a major drug-trafficking route and therefore a strategic stronghold for these groups.

The conflict has made life in the region extremely difficult. According to website Pacifista!, the communities are frequently raided of livestock and other key supplies by the paramilitaries, a problem accentuated by the lack of free movement in the region. The frequent clashes and presence of anti-personnel mines make hunting, farming or even venturing out to buy food a dangerous proposition.

As Colombia’s national indigenous organization ONIC has pointed out, this entrapment by the paramilitaries violates article 24 of the Colombian constitution, which guarantees all citizens the right to free movement within the national territory.

In addition to this collateral damage, the groups have directly used intimidation tactics to keep the communities in line. In 2017 and 2018, at least three indigenous leaders were assassinated in the region.

Before the recent escalation, in November 2018, indigenous leaders from the war-torn region traveled to Bogota seeking an audience with President Ivan Duque in order to promote peace in their home territories, but were rejected.