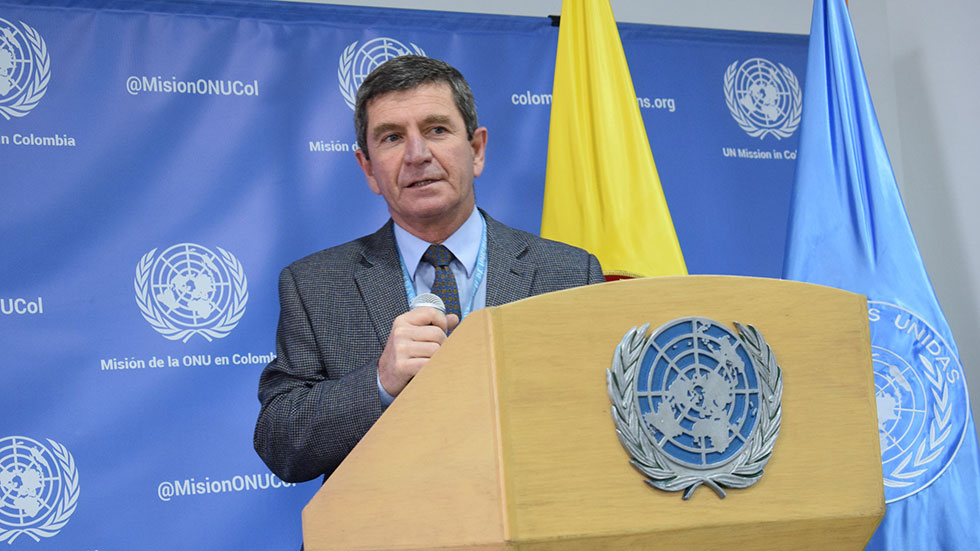 UN has retrieved 304 of 779 FARC weapons caches so far, running into security issues

The United Nations’ mission in Colombia said Wednesday it has retrieved 304 of the 779 weapons caches hidden by the now-disarmed FARC guerrilla group, but was unable to retrieve at least one cache due to security concerns.

According to Uruguayan General Javier Perez, the UN commander in charge of the operation, UN officials, demobilized FARC guerrillas and a special National Police unit were unable to extract a cache in Anori, a municipality in the northwestern Antioquia province.

In that area, both ELN guerrillas and the Gaitanista Self-Defense Forces of Colombia (AGC), a dissident group of the now-defunct AUC paramilitary umbrella organization, are active.

Antioquia governor Luis Perez, an opponent of the peace process, had claimed that dissident FARC guerrillas had retrieved the cache in the Anori municipality, but this was dismissed by the UN.

The Antioquia governor, accused of war crimes and ties to criminal groups, has apparently been kept out of the loop of UN operations.

According to the UN coordinator, the July 8 mission was unable to successfully carry out the operation because “the security quadrant wasn’t covered” by the police.

The United Nations has a mandate until September 1 to retrieve or destroy the weapons caches hidden in some of Colombia’s most remote areas.

After that date, the Colombian security forces become responsible for retrieving or destroying the weapons caches, some of whom are located in areas traditionally out of the territorial reach of the State.

According to Perez, the UN and the FARC already have finished the logistical planning of 649 caches.