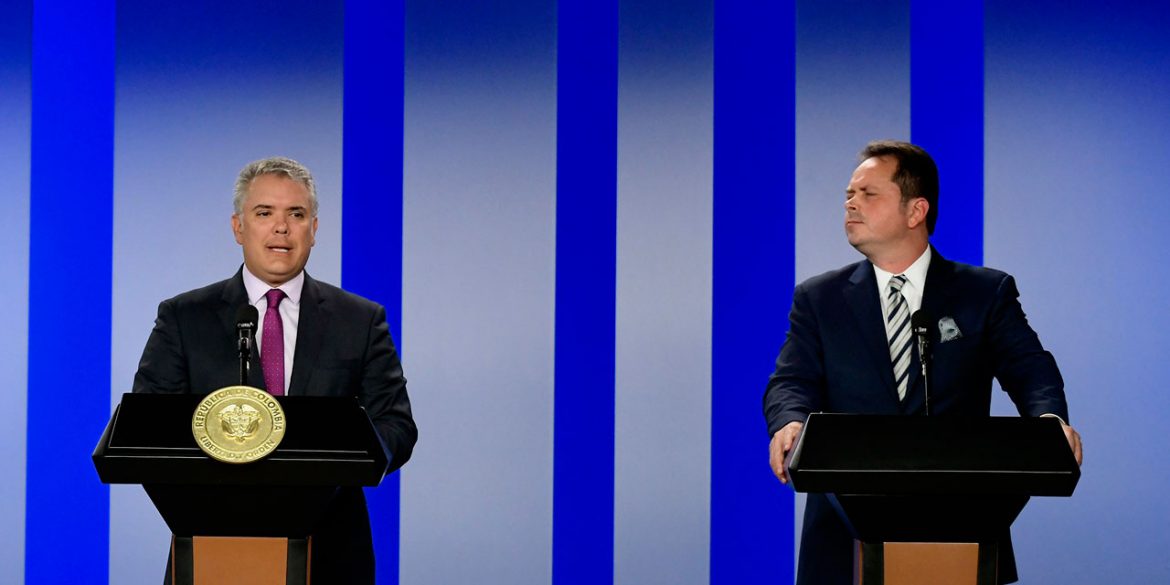 The United Nations on Tuesday contradicted President Ivan Duque’s claim that the killing of human rights defenders dropped 25% last year, saying it may have gone up.

In a press statement, the UN Human Rights spokesperson Marta Hurtado said that her office had verified homicides of 107 human rights defenders carried out in 2019 and was in the process of verifying another 13.

Over the past few weeks, Duque has repeatedly claimed “a reduction in the killing of social leaders close to 25%,” spurring the UN to debunk the president’s latest lie.

While Duque was claiming success, Hurtado said “we are deeply troubled by the staggering number of human rights defenders killed in Colombia” and reiterated its call on the government “to make a strenuous effort to prevent attacks.”

“The number of killings clearly shows much more needs to be done,” said the human rights official.

Hurtado went as far as blaming part of the deadly violence on “the favoring of a military response from the Government to control the violence” and failures to implement a 2016 peace deal with demobilized FARC guerrillas.

Almost all of the 107 verified homicides took place in municipalities with illicit economies like drug trafficking or illegal mining, the UN official said.

There were a number of other contributing factors including the penetration of criminal groups and armed groups linked to illicit economies in areas vacated by the FARC-EP, and the favoring of a military response from the Government to control the violence. The continuous challenges in the implementation of the Peace Agreement, especially the dismantling of groups with paramilitary links, the security situation in communities affected by the conflict, land restitution and rural reform, illicit crop substitution programs, and fulfillment of victims’ rights have also played a role.

“We call on the authorities to redouble their efforts to ensure a free and secure environment for civic engagement and to increase the presence of civil State authorities in rural areas to provide basic services such as health and education.” Hurtado said.

Duque has come under increasing pressure, both domestically and abroad, over his reluctance to implement the 2016 peace deal and his persistent attempts to misinform the public about policy results.