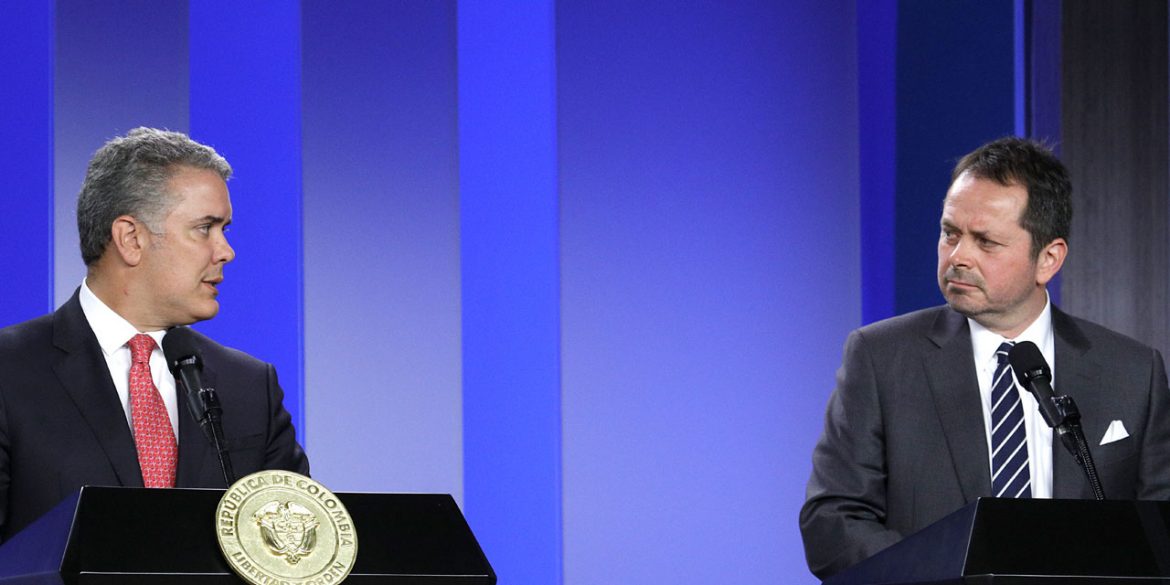 The United Nations expressed its concern over the reported disappearance of FARC leader “Jesus Santrich” on Sunday and urged the leader to comply with the peace deal.

In a press release, the UN mission that monitors Colombia’s peace process, expressed its concern over Santrich’s disappearance “given the implications of this, including risks to his personal safety.”

“The Verification Mission urges him to present himself and comply with his obligations, including the summons to the Supreme Court of Justice on July 9,” the UN mission said.

The Verification Mission reminds him that the commitments undertaken by all ex-combatants include their collaboration with the Comprehensive System of Truth, Justice, Reparation and Non-repetition, especially their appearance before the Special Jurisdiction for Peace [JEP], when so required.

The virtually blind FARC leader abandoned his security detail between Saturday and Sunday allegedly after hearing about an impending assassination plot. He hasn’t been heard of since.

The FARC’s faction leader in the House of Representatives is the second top former guerrilla commander to disappear; his former superior, “Ivan Marquez,” went into hiding allegedly after he was warned that hooded men were on their way to the reintegration site where he was staying.

Marquez was supposed to be the FARC’s faction leader in the Senate, but renounced his political aspirations in April last year after Santrich was arrested on an extradition request based on a vague US drug trafficking claim.

The disappearance of the FARC’s former ideologue is the latest blow to the country’s peace process that has come to a virtual standstill since President Ivan Duque, whose far-right party has fiercely opposed the process, took office.

Despite prosecution efforts to keep him the FARC leader in jail, Santrich was released on Supreme Court orders in May and sworn in as House Representative in June.

His shock disappearance comes just weeks after the FARC congressmen reaffirmed his commitment to cooperate with both the JEP, which is investigating war crimes, and the Supreme Court, which took over the drug trafficking investigation.

The attempts to link Santrich to drug trafficking have triggered investigations against the DEA and Colombia’s former chief prosecutor over alleged misconduct, and the violation of human rights and international law.