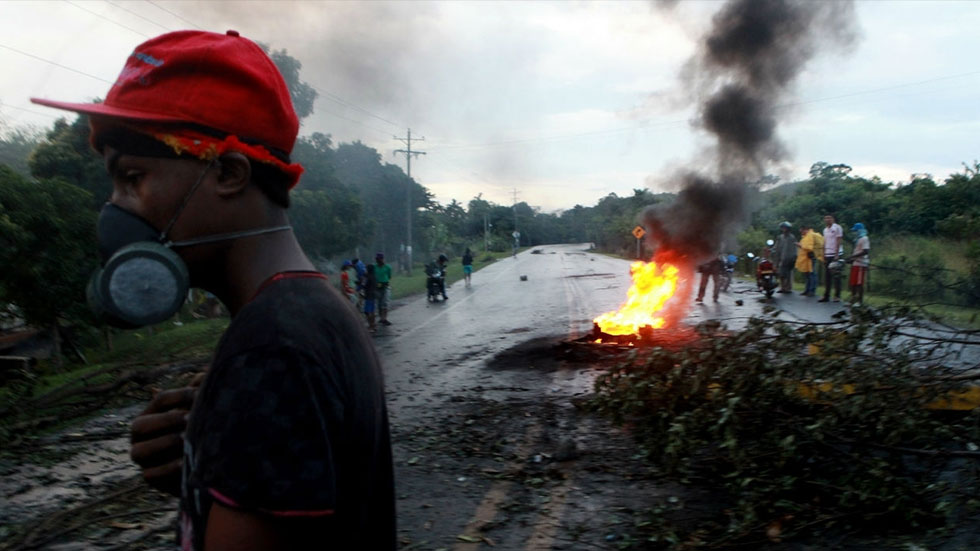 Colombia President Juan Manuel Santos vowed to personally attend talks to end ongoing mass protests in the countrysides, but not until June 22. Meanwhile, rural unrest appear to be escalating.

After a week of “Minga” as the protest is called, clashes with the police reportedly left three people dead, more than 190 injured and more than 150 in jail, according to Contagio Radio, a leftist radio station following the rural strikes.

The minga was organized to demand the government keep promises made in 2013 when similar rural protests were held, revealing massive resistance to the government’s economic policy that, according to the protests, prioritizes the interests of multinationals over that of Colombia’s rural citizens.

According to Interior Minister Juan Fernando Cristo, the protesters agreed to lift blockades in the departments of Huila, Valle de Cauca, Nariño, Guajira, and Casanare.

In return, the government vowed to reduce violent police repression of the protests that have three killed and dozens injured, said the protesters.

Protesters reported on Sunday that following the promise to reduce riot police presence, the army had been sent out to quell protests along the Panamerican Highway in Cauca at less than 40 miles from where talks were held.

Meanwhile, Colombian truck driving union ACC released a video announcing that they will be joining the strike on Monday due to — again — the government’s “non-fulfillment of promises.”

Leaders from the country’s other three main truck driving unions are also considering joining the strike, which would represent a total of 260,000 cargo drivers.

According to the ACC leader, the administration of President Juan Manuel Santos deceived them, and has barely fulfilled 10% of the promised measures to alleviate their plight.

The Minga began early last week, ignited by some 10,000 small farmers, mostly from indigenous communities, and started with blockading roads connecting Colombia’s largest Pacific port city Buenaventura from the rest of the country.

According to the Marcha Patriotica, a leftist organization that supports the protests, as many as 100,000 rural Colombians are taking part in the protests on some 60 locations across the country.

The government’s human rights agency estimated the number of protesters to be 30,000.