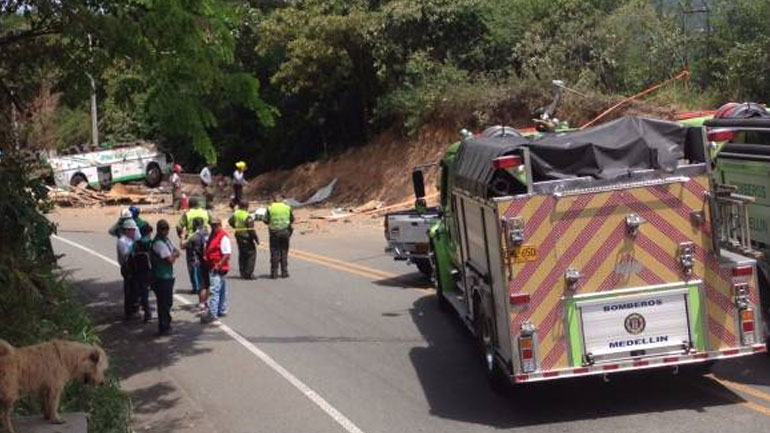 Nine people died and another 25 were injured when a bus traveling tourists from Medellin, Colombia’s second largest city, to the nearby town of San Jeronimo lost its brakes and crashed into a post, police said Wednesday.

The commander of Transit Department of the Antioquia province where the tragic accident said it took place around 9:30AM.

Six of the passengers died on the scene and another three died in hospital later, Major Juan Andrez Gomez told newspaper El Colombiano.

According to the Colombian disaster and prevention agency, the passengers were all employees of a flower company on their way to a business outing.

Hours after having left Medellin, and two miles before arriving in San Jeronimo, the bus’ brakes stopped working after which it crashed.

The accident forced the closure of the road connecting Medellin and the Caribbean coastline of the Uraba region.