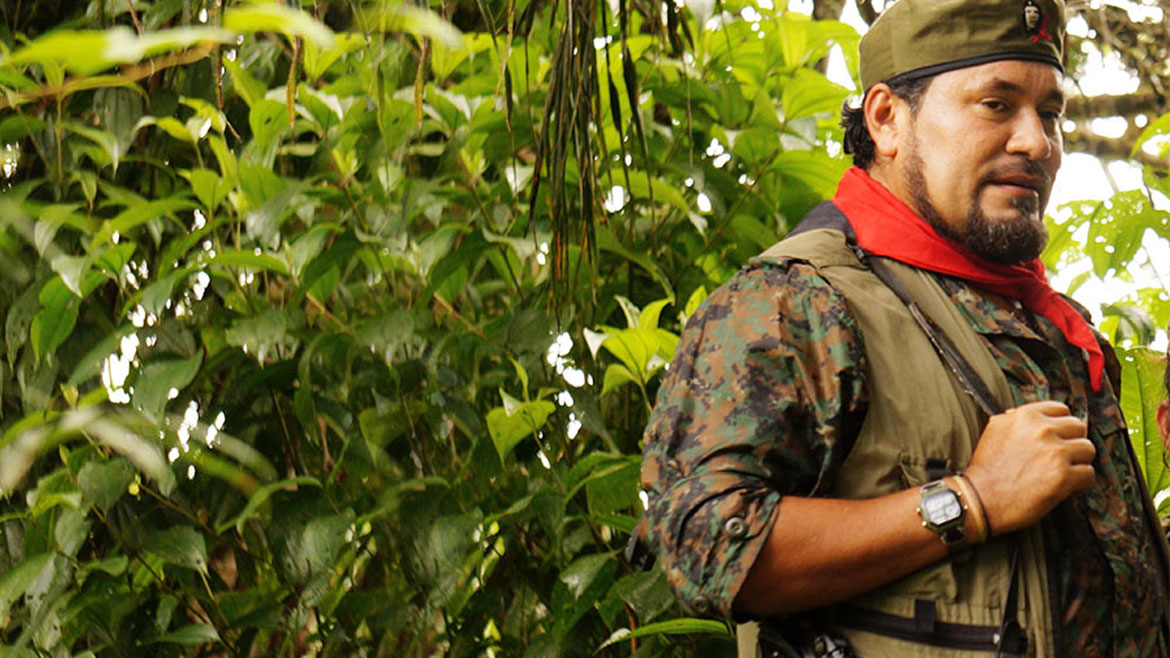 Guerrilla group ELN on Wednesday confirmed that the commander of the rebel group’s units in western Colombia died in a hospital in the city of Cali.

In a press statement, the ELN confirmed the death of “Fabian,” the commander of the guerrillas’ Western War Front, which controls much of Colombia’s Pacific coast.

According to Molano, the death of the ELN commander in a September 17 bombardment in the western Choco province was the security forces’ “hardest blow in recent months to the Western War Front.”

The defense minister lied as Fabian wasn’t among the seven alleged guerrillas killed in the bombardment.

According to the defense minister, soldiers found the ELN commander “wounded, covered with bushes and vegetation” after which Fabian was transported to a hospital in Cali where the guerrilla chief died.

This time, Molano claimed that the guerrilla commander’s death was “the biggest blow of President Ivan Duque’s government to the ELN.” 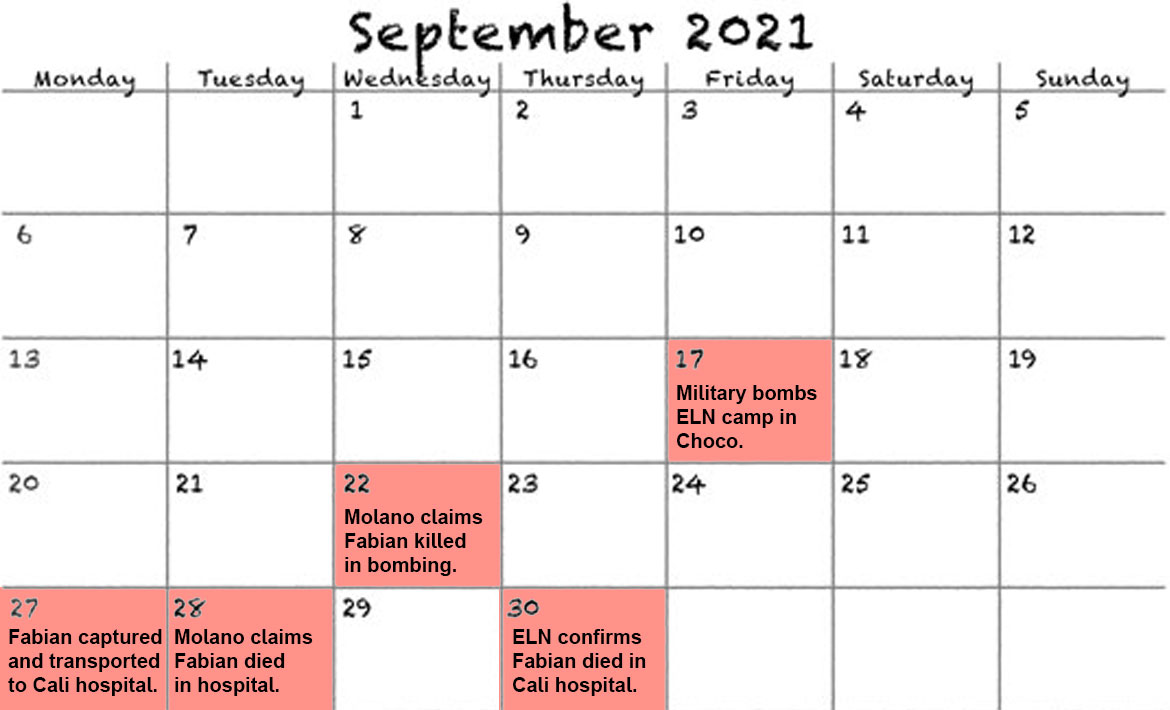 The ELN questioned Molano’s claim that Fabian was found injured and accused the military of “assassinating” the guerrillas’ Western War Front commander.

Now the Government changes the version and summons the press to say that Fabian did not die on September 16, but that he had been wounded and remained alive for 11 days; the curious thing is that he does not die while wounded and alone in the jungle, and ends up dying in a clinic 12 hours after being captured alive.

The guerrilla group asked the International Committee of the Red Cross to conduct an independent autopsy on Fabian to establish how the guerrilla commander died.

The ELN additionally claimed that the government “disproportionate use of military forces and explosives” effectively “authorized” the guerrillas to do the same.

The implicit warning that the guerrillas may escalate violence against the “despotic, tyrannical and terrorist regime” comes after months of extremely low levels of violence compared to previous years in the armed conflict that has lasted more than half a century.

According to the Defense Ministry, guerrilla attacks against oil pipelines and public infrastructure dropped 75% between January and August compared to the same period last year.

The ELN carried out only one attack against the armed forces in the first eight months of the year against 26 in the same period in 2020.

The relatively few guerrilla attacks followed the government’s appointment of “peace managers” who have been authorized to talk to the Colombian government and ELN negotiators in Cuba.