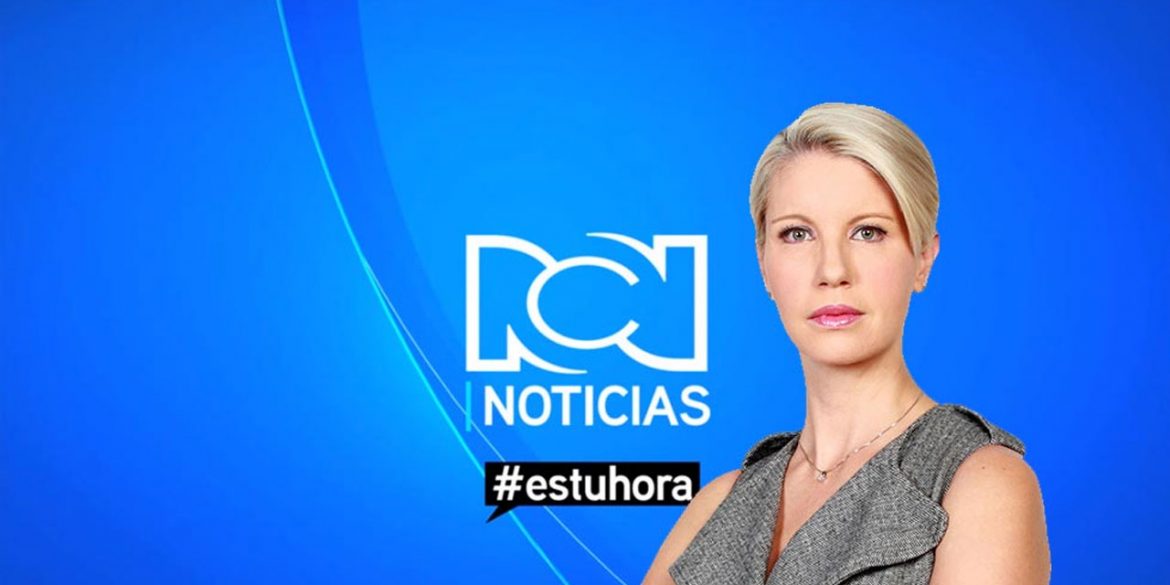 The integrity of Colombia’s second largest of two TV networks is at stake amid ongoing accusations of its parent company’s ties to paramilitary groups.

The accusations implicate evening news director Claudia Gurisatti, one of the most senior and iconic faces of the network and Colombian TV in general.

This has become critical because there appears to be a conflict of interest that could compromise the integrity of RCN News and its director when in comes to a peace deal with the FARC.

A peace deal with the guerrillas could mean an impulse for investigations on numerous accusations of alleged ties between Postobon and the paramilitary death squads and RCN’s “complacency” in regards to paramilitary war crimes.

Allegations made by the paramilitary chiefs could thus result in criminal charges and a major loss of face for business magnate Carlos Ardila and his companies.

Similar claims made by paramilitary commanders have previously resulted in the incarceration of dozens of congressmen, presidential aides, governors and even the president’s cousin in a scandal which has been dubbed “parapolitics.”

The problem with RCN

As the “paramedia” scandal slowly unfolded, some TV viewers have gone as far as to jokingly refer to Gurisatti as the “mistress” of AUC founder Carlos Castaño after a hardly critical interview with the paramilitary chief in 2000.

The news director has over the years dismissed the criticism and told media she was afraid when interviewing the paramilitary commander who personally had ordered numerous massacres and countless assassinations.

Nevertheless, court papers say that Castaño’s successor, Salvatore Mancuso, told the judge that the TV network “and others” had been “complacent in their reporting” on the paramilitaries and the thousands of atrocities carried out by them.

According to Mancuso, a Gurisatti interview from 2000 portrayed Castaño as “the leader of the struggle against subversion.”

During the peace talks with the FARC, the conservative network and Gurisatti have taken an almost opposite approach than with the AUC and have been highly critical of the negotiations and the partial deals that have been made public.

When you say RCN, you say Postobon, the beverage company that owns more than half of Colombia’s market and is RCN’s sister company.

Both belong to the Ardila Lulle group, one of Colombia’s most powerful business corporations with subsidiary holdings in sugar cultivation, agriculture, media, textile and cars.

According to several paramilitary declarations made during their demobilization and incarceration, multiple Postobon executives made a deal with the AUC to barter free drinks for protection by the designated terrorists.

“This was ordered by the general manager of Postobon who was there in the year 1999 or 2000,” the member of the Caribbean Monte de Maria Bloc said.

Catatumbo Bloc mid-level commander “Cabo Machado” went as far as to claim that “Postobon was one of the most representative in contributing finances to the Catatumbo Block.”

The testimonies in June spurred a criminal investigation ordered by Bogota’s Superior Tribunal just days before the administration of President Juan Manuel Santos and the FARC signed a bilateral ceasefire.

Ardila and his businesses are not the only ones who could get in trouble once a transitional justice tribunal and civilian courts take up investigations on who are legally liable for the atrocities committed during the war.

Other giant Colombian corporations like airliner Avianca, cement producer Cementos Argos, and state-run oil company Ecopetol, as well as American companies like coal miner Drummond and banana producer Chiquita Brands are also in a database of 120 companies with alleged ties to the AUC.

The database was made by the prestigious Javeriana University in Bogota.

Late Medellin newspaper tycoon Guillermo Gaviria, the father of former Mayor Anibal Gaviria, just before his death was absolved of charges he also colluded with death squads to advance his business interests.

Former El Espectador columnist Ernesto Yamhure fled Colombia in 2011 after he was unmasked as the ghostwriter and PR adviser of the AUC boss. He was immediately sacked. Yamhure has since worked with former President Alvaro Uribe’s Democratic Center party from exile in the United States to oppose talks with the FARC.

According to the Prosecutor General’s Office, more than 13,000 individuals in state institutions and the private industry have possibly been involved in the creation and promotion of one of the most blood-thirsty armed groups in Colombia’s half-a-century conflict.

But so far this has resulted in hardly any convictions, with the exception of Chiquita and smaller players.

With a tentative peace brokered with the FARC and a new round of transitional justice investigations likely on the way, RCN “dedicates itself to propaganda against the peace process,” said Senator Claudia Lopez (Green Alliance) in a live broadcast just days after the court order that sought the investigation of Postobon.

This is particularly sensitive now the Colombian people are set to vote for or against a peace deal with the FARC and are heavily influenced by the mass media outlet with the second largest audience in the country.

Lopez walked away from the live broadcast, claiming her appearance on the network was nothing but “decoration of impartiality to cover such evident bias.”