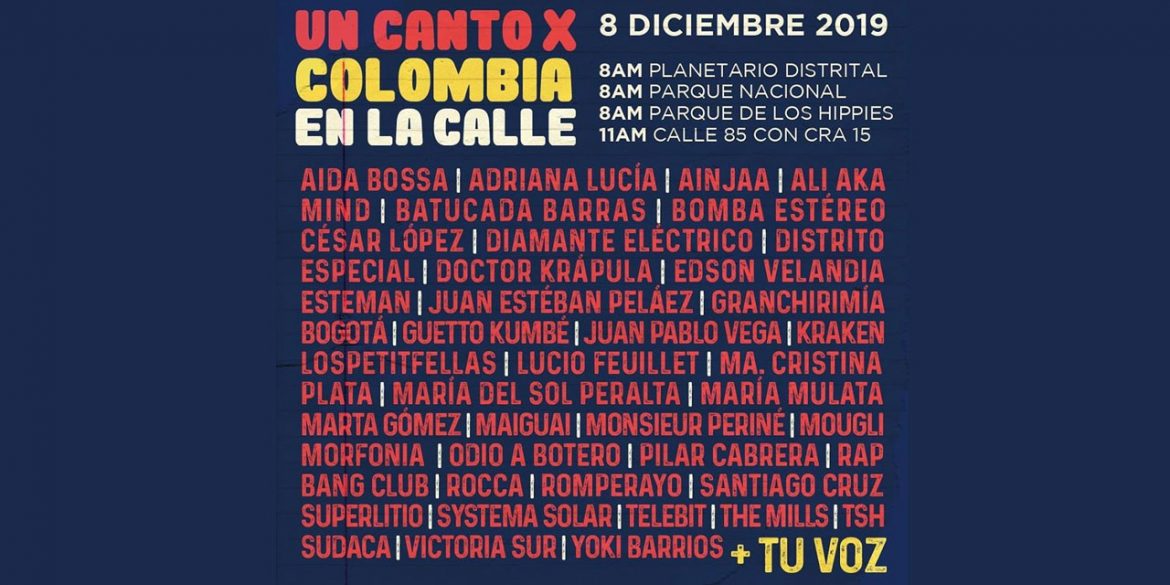 Some of Colombia’s best artists have signed up for a free street tour on Sunday in support of ongoing anti-government protests.

The bands plan to contribute to the anti-government protests by touring the capital Bogota on the back of a truck to support the protesters who have been supporting national strikes in the streets for weeks.

The idea of an ordinary concert began to fade when we reflected on getting on a stage. While people are marching and hitting pots and pans in the streets, are we going to climb a stage that will be above people? That idea was not in tune with the moment so we decided that it was better to take the gig to the street.

According to Lopez, the musical city tour will start at 8:30 in the morning and visit several key protest spots while the bands take turns playing. Some of the bands will be playing on stages at the National Park.

The organizer wouldn’t say which band is playing when and where.

We won’t specify who will be in which place because what we want is for people to join this citizen exercise, not to be programmed to see some particular artist.

The musicians’ contribution is the latest in an ongoing series of groups and organizations that have been joining the protests that seek to convince President Ivan Duque to negotiate a change to his widely rejected economic and peace policies.

The protests began with a national strike on National 21 and, despite initial violent repression, have since become an ongoing event that have sunk  Duque’s approval rating and have come close to collapsing the government’s coalition and the president’s far-right Democratic Center party.