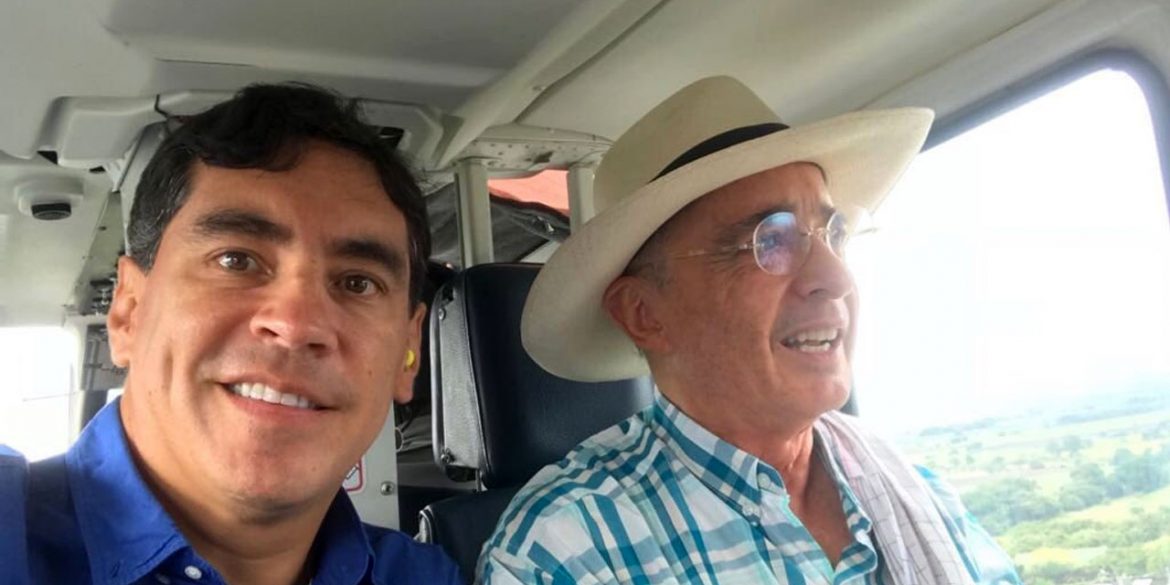 The State of Colombia vs Alvaro Uribe | The co-conspirator

Prada is the only alleged co-conspirator besides his political boss to appear before the Supreme Court. Other suspects, like Uribe’s fixer Diego Cadena, have to appear before ordinary justice because they do not enjoy the privileges of lawmakers.

Until he was accused of fraud and bribery in February last year, hardly anyone had heard about the far-right house representative from the southern Huila department.

The politician allegedly is one of the intermediaries who sought to manipulate Juan Guillermo Monsalve, the son of of the former caretaker of the Uribe family’s Guacharacas estate in Antioquia, and former paramilitary fighter.

Through friends, Prada got in touch with former paramilitary Carlos Lopez, who was wiretapped calling Monsalve in prison in an attempt to retract his claim that the Uribe family helped form the Bloque Metro.

Five days after the court opened the criminal investigation, Lopez was recorded when he called Monsalve telling the key witness “they’re terrified. Mr. Prada is scared shitless and the son of a bitch asked me to help.”

This help consisted of trying to convince Monsalve to retract his claims and falsely accuse opposition Senator Ivan Cepeda of conspiring against Uribe, Lopez was recorded saying.

“I’m calm and I’ve been waiting a long time for a date to be set. It is an opportunity for the Court to be clear about my course of action. I did not commit any crime and neither did former President Uribe,” according to the house representative.

Prada may be right about his case as little compelling evidence has come to light that would indicate he broke the law.

The situation of Uribe is different. The former president reportedly admitted to court magistrate Cesar Reyes that he knew his fixer had been fabricating witness statements.