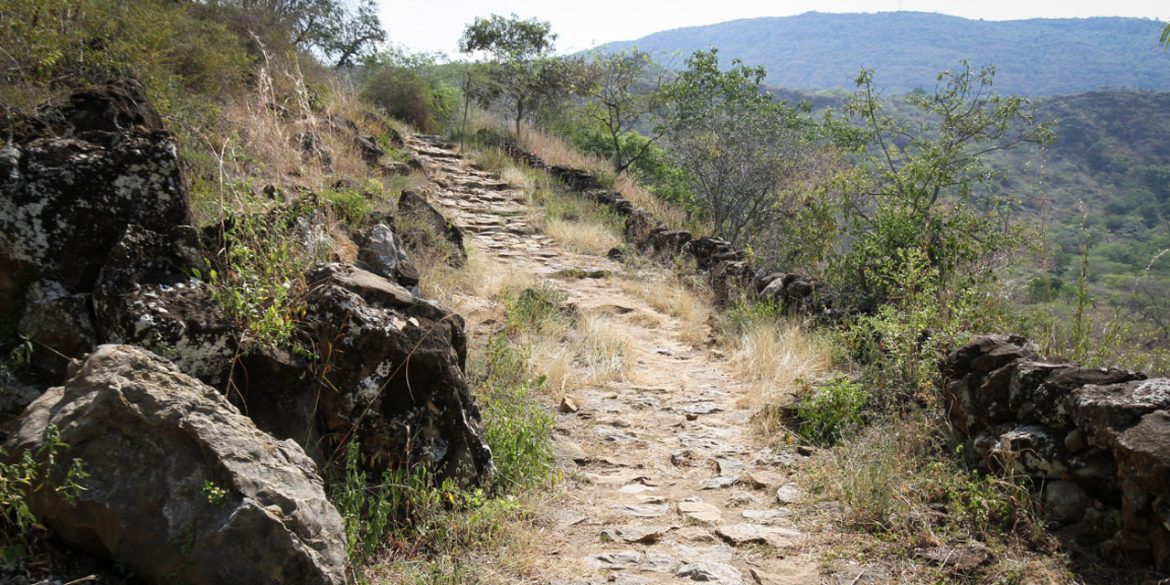 The ‘Royal Road’ to Guane, a beautiful trek with an insane history

The road between Barichara and Guane in the Santander province may be a gorgeous trek, but has a controversial history of imperialism and exploitation.

The Royal Road, or “Camino Real” has nothing to do with royalty; it was constructed almost 50 years after Colombia became a republic by Geo von Lengerke, a controversial German who allegedly fled his home country after killing a man in a duel who ended up creating a neo-feudal system on his estate near Barichara.

Von Lengerke built the road over an ancient path between Barichara and Guane, an ancient settlement of the extinct Guane people that was originally called Moncora.

Little is known about the original inhabitants of the town other than they sustained themselves by trading with the neighboring Muisca people who inhabited the high plains around Bogota.

The Guanes allegedly worshiped the Muisca god Ochica, who they believed to have founded their civilization and taught the locals agriculture and craftsmanship.

Archaeologists later found that the Guanes were surprisingly tall compared to other peoples in the region and deliberately deformed children’s skulls. 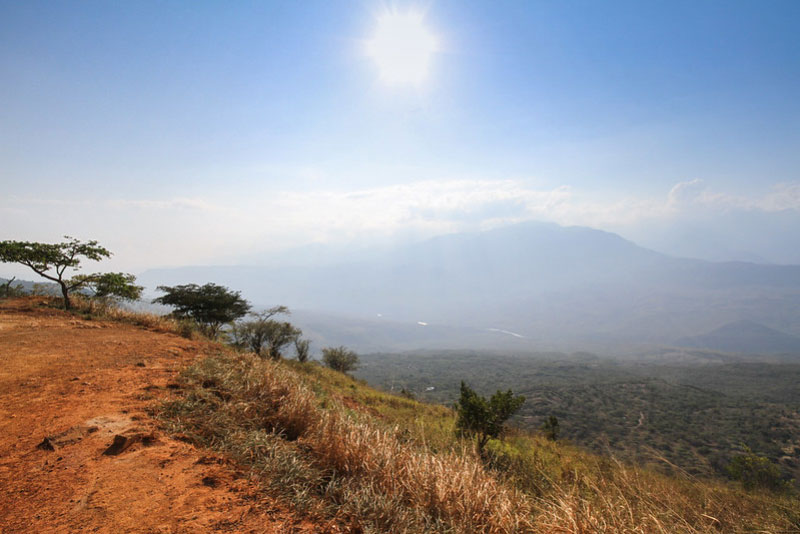 Before the arrival of the German in 1852, the Spanish used the settlement as a concentration and indoctrination site for native Colombians who had survived the brutal conquest of the region around the Chichamocha river.

This conquest began in 1540 under the leadership of conquistador Martin Galeano. The locals fiercely resisted the occupation by the invaders, but were defeated and put to work in nearby goldmines.

Twenty years after the invasion, less than 10% of the original population had survived the submission to slave labor and the diseases brought in by the Spaniards. 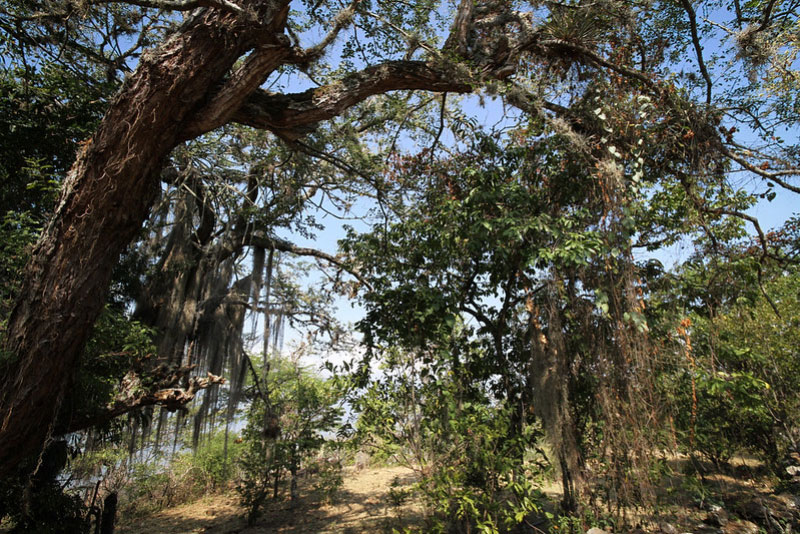 By 1617, Guane had become a colony with the purpose of converting surviving natives from the region to Catholicism.

Five years later, its first parish church was built after which 134 natives were baptized and another 490 were confirmed Catholic.

Not all Guanes conformed to submission and moved away from the Spanish settlements. According to one account from 1780, peasant rebel leader Jose Antonio Galan found refuge with surviving Guane communities after an attack on so-called Indian hunters.

Descendants of the Guanes continue to live in the Barrichara municipality, but not in the settlement that carried their name and has become synonymous to repression. 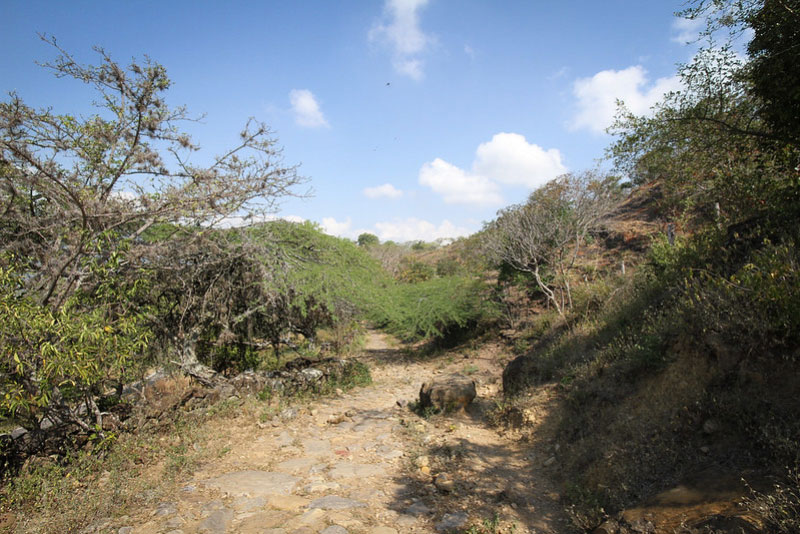 Having fled justice in Germany, Von Lenkerke arrived in Santander in 1852 and began importing and exporting goods, growing quinine and colonizing territory to the point that at one point his property exceeded 12,000 hectares.

The German lives as a virtual feudal lord and owed much of his wealth to the exploitation of locals at his quinine plantations.

Fifteen years after his arrival he built the Royal Road as one of many road projects he invested his money in. Considering himself the owner of the road infrastructure, he enriched himself further by taxing farmers who wanted to travel over his roads or sell produce.

His extravagant lifestyle, conflicts with traders from Bucaramanga and a failed road project to the Magdalena River ultimately ruined the controversial immigrant and he died a poor man in 1882. 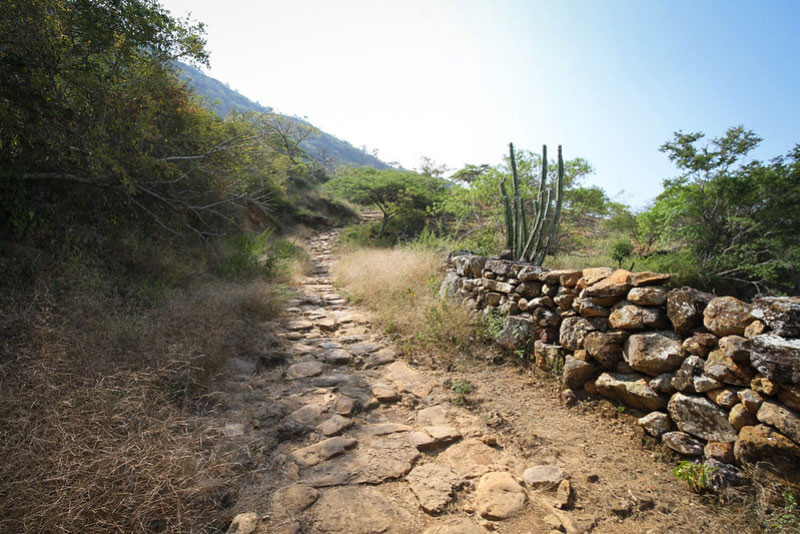 Von Lenkerke’s road between Barichara and Guane was declared a national monument in 1977 and restored in 1988 after which the road and Guane increasingly became a tourist attraction for people visiting Barichara.