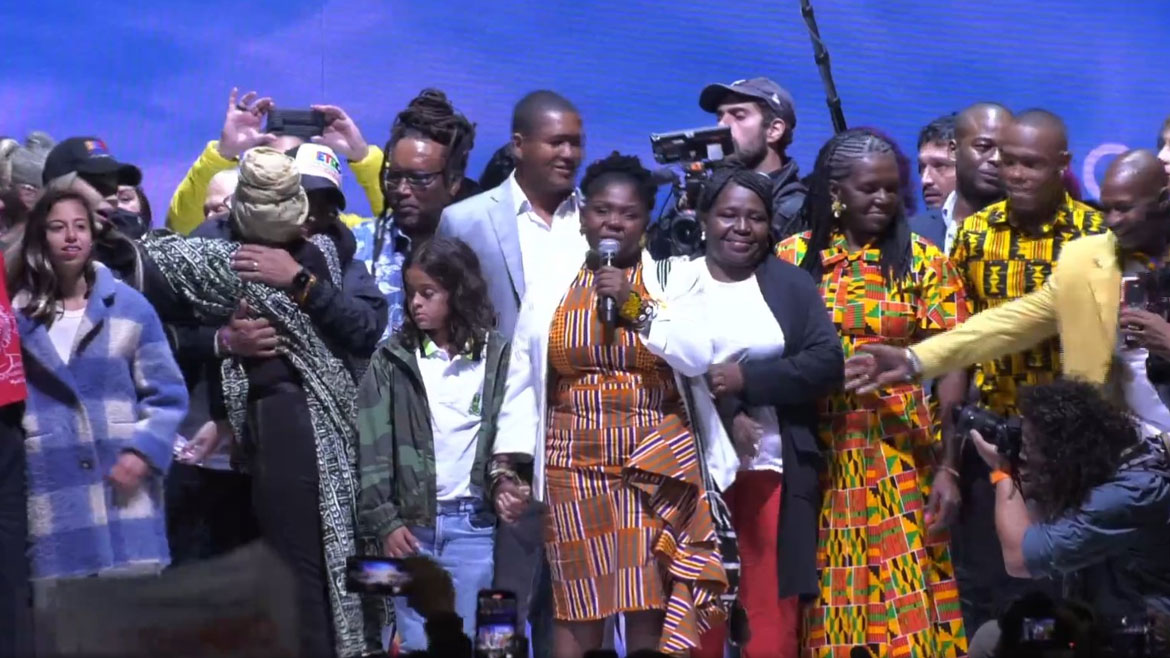 The peaceful revolution of Colombia’s “nobodies”

The historic election victory of Colombia’s President-elect Gustavo Petro is largely due to a massive increase in voter turnout.

According to the National Registry, Sunday’s turnout was 58%, the highest since 1998.

The increased voter participation was largely due to a spectacular surge in turnout in the Pacific region, where a lot of black and indigenous communities live.

Vice-President-elect Francia Marquez is from the Pacific Cauca province where voter participation went up more than 22% compared to 2018.

Increases in voter turnout compared to 2018

Petro won along the war-torn Pacific coast where voter participation surged between 13% and 22%.

This surge is extraordinary because armed conflict and the scarcity of polling stations make voting an extremely complicated enterprise.

In Riosucio, a municipality on the Panamanian border, members of one community traveled two days in order to reach the nearest polling station.

It is called the Darien Rainforest and yes, it takes 2 walking days from Puebloantioquia Chocó to Isleta, from there 4 to 6 hours by river depending on the amount of wood in the river (illegal deforestation)

Marquez on campaign proudly referred to these marginalized communities as Colombia’s “nobodies” and apparently convinced these people to vote like never before.

In her victory speech, the Vice_president-elect vowed that the government that takes office on August 7 will be “the government of the nobodies.”