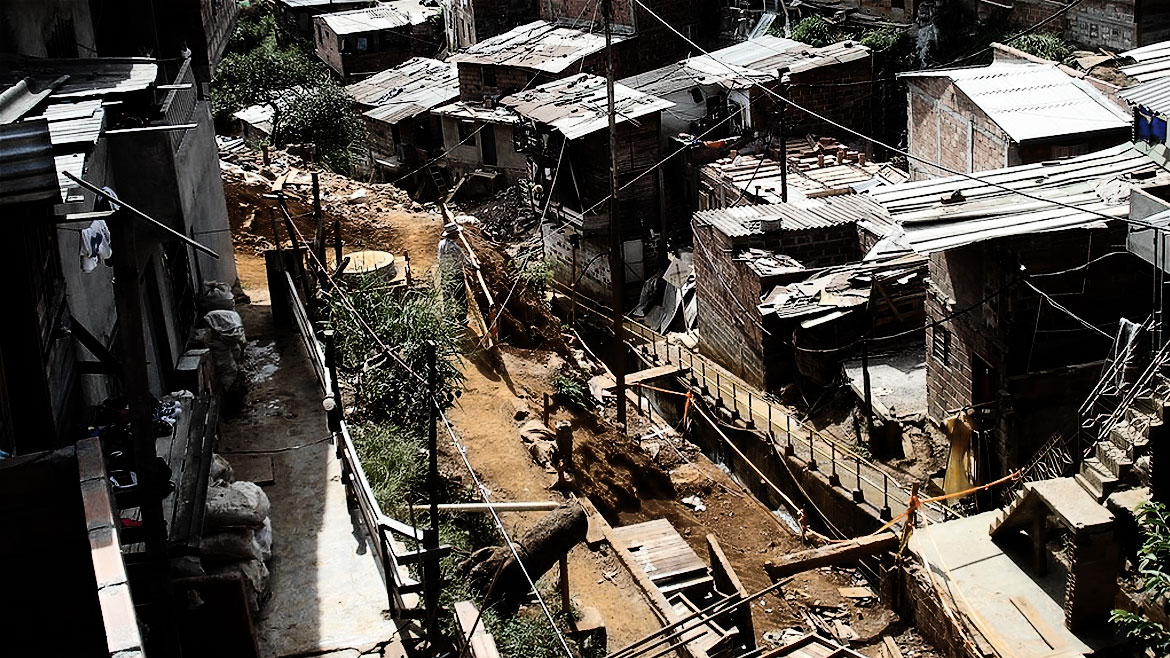 The pandemic’s devastating impact on poverty in Colombia

The coronavirus pandemic made Colombia’s poverty rate one of the highest in South America, according to the United Nations.

The UN’s Economic Commission on Latin America and the Caribbean (ECLAC) estimated that by the end of last year 37.5% of Colombia’s population lived below the poverty line, making it the country with the highest poverty rate in Latin America.

The ECLAC’s estimate is more optimistic than that of the government’s National Planning Department, which estimated poverty had reached 42%.

The World Bank and economic think tank Fedesarollo were considerably more pessimistic, estimating a poverty rate of respectively 45% and 47%.

Without President Ivan Duque’s emergency stipend for the poor, Colombia’s poverty rate would have gone from 31.7% in 2019 to 38.7% last year, the ECLAC estimated.

According to the various estimates, between 18.9 million and 23.9 million of Colombia’s inhabitants would have started the year living off less than $91 per month.

Despite the government’s monthly $41.50 stipend, Colombia’s poverty rate became the highest of South American countries that were studied by ECLAC.

Venezuela, which was already suffering a humanitarian crisis, was not included in the study that found that the situation in Mexico and Central America was even more dire.

Honduras’ poverty rate of 58.6% was the highest estimated by the UN commission in the entire hemisphere.

According to the ECLAC, the economic hardship caused by the pandemic plunged 22 million people in Latin America into poverty.

People in poverty in Latin America

The crisis had an impact on all income levels in Latin America, which saw its middle class contract from 41.2% to 37% of the population.

Colombia’s Congress is currently debating a tax reform that seeks to reduce poverty and stimulate economic recovery from the worst economic crash in recorded history.