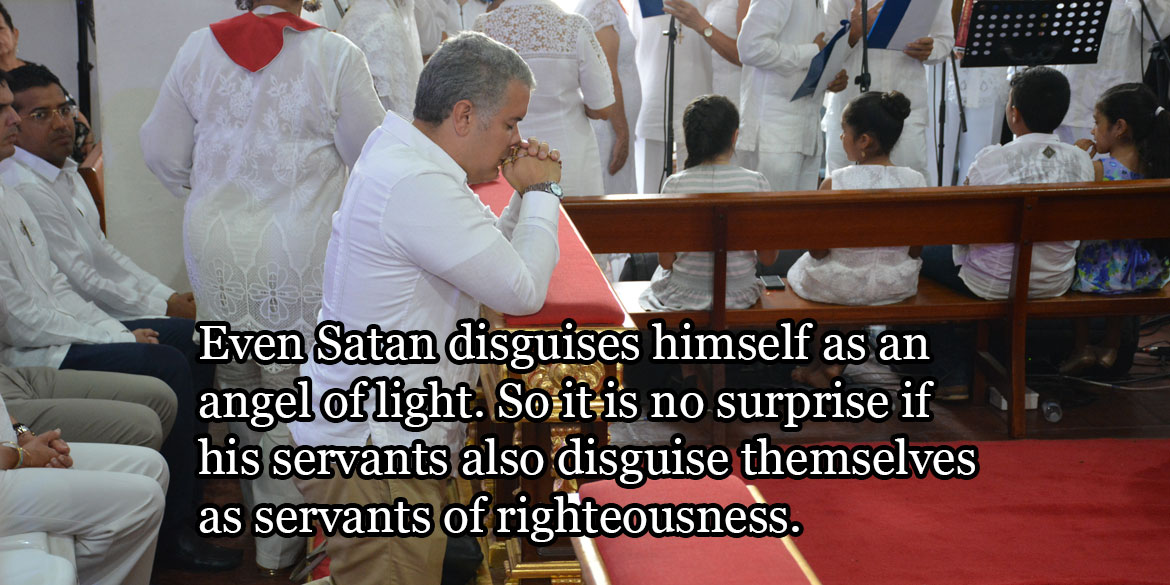 The moral authority of a mafia puppet

Colombia’s President Ivan Duque may want to remember he is a mafia lackey before citing the pope in one of his Orwellian rants.

I wasn’t raised Catholic, so I don’t know any good Pope Francis quotes, but I was raised Christian and internet allows me to remember those bible verses that wipe the floor with corrupt hypocrites who forget their place.

They promise them freedom, but they themselves are slaves of corruption. For whatever overcomes a person, to that he is enslaved.

In fact, the bible is a treasure trove of insults for self-proclaimed Christians who have strayed away from the path of righteousness to serve Colombia’s drug trafficking and money laundering mafias.

They are detestable, disobedient and unfit for doing anything good.

Duque implied on Thursday that the journalists revealing evidence the president is a corrupt mafia lackey were “manufacturers of slander” and those protesting the rampant corruption were “troublemakers” who “try to deflect the common purpose of moving forward.”

Duque excelled in his trademark hypocrisy, claiming “there are no individual protagonists here and there is no room for egos here.” after three months of talking excruciating rubbish on his own daily COVID Variety Show on Facebook.

I am too old to believe in gods, but the bible still inspires me to expose politicians “who follow the way of Balaam, the son of Beor, who loved gain from wrongdoing” as “false apostles, deceitful workmen, disguising themselves as apostles of Christ” like Porky.

Even Satan disguises himself as an angel of light. So it is no surprise if his servants, also, disguise themselves as servants of righteousness. Their end will correspond to their deeds.