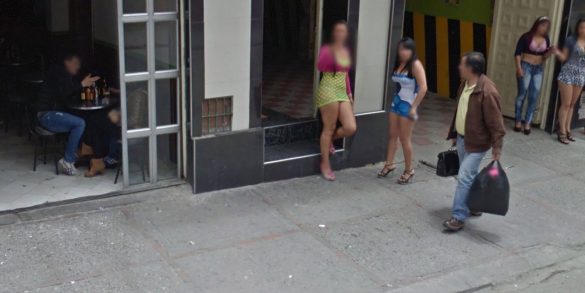 The depressing reality of Bogota’s sex industry in numbers

A study on prostitution in Bogota is paints a violent picture of mainly women and girls who have no other option but to sell their bodies.

Bogota’s Women’s Secretary interviewed more than 2,700 people engaged in prostitution in the capital and found that the industry is flooded with minors and Venezuelan migrants.

More than 35% of the people involved in the sex trade are from Venezuela. More than 15% are under 18.

Almost half of Bogota’s prostitutes graduated from high school. One in 20 obtained a university degree.

Only a quarter of the sex workers was born in Bogota. More than 42% are from other parts of Colombia. Almost all foreign sex workers are from Venezuela.

Almost 85% of the sex workers said that their job provided for their families.

The violence in the sex industry that for 97% consists of female workers is rampant.

More than 71% of the respondents said they did not go to the authorities to report the violence.

According to the Women’s Secretary, 67.2% of the interviewed sex workers has tried to leave the industry, but the economic reality makes this impossible, said 79.7% of the people.

Viviana Espinosa, a sex workers’ rights activist, told newspaper El Tiempo that the lack of labor opportunities for women “is an issue that has become custom.”

“Many need a hand, an option to start a change for themselves and their families,” Espinosa told the newspaper.

The Women’s Secretary said it would use the study to formulate more effective policies that would guarantee sex workers’ and women’s rights.