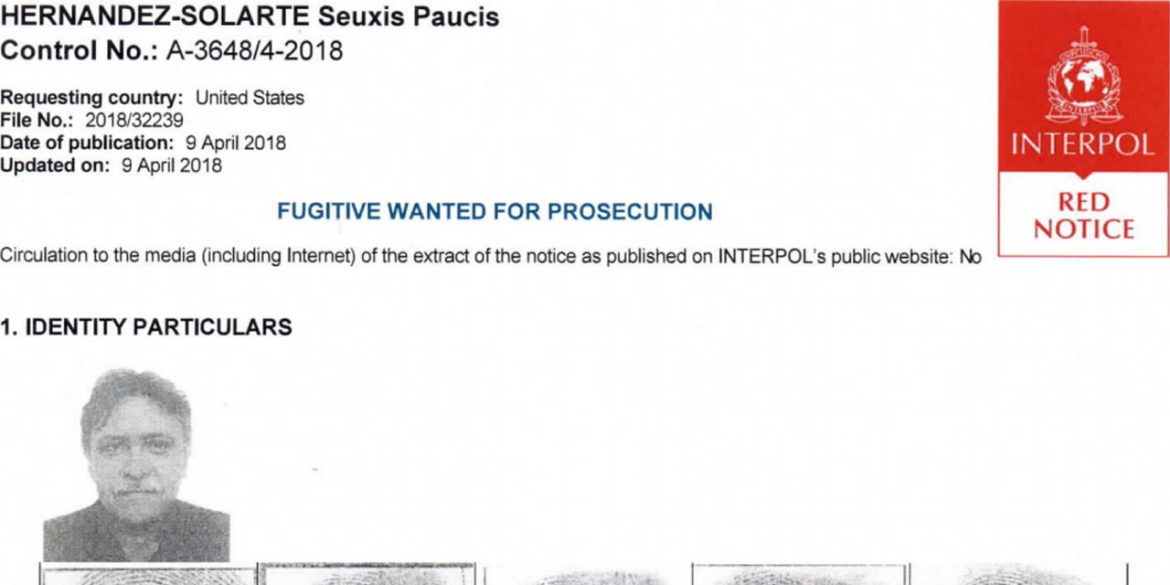 The case against the FARC’s ‘Jesus Santrich’

FARC leader “Jesus Santrich” is accused of having agreed to export 10 tons of cocaine to the United States and other countries, reportedly in collusion with the Sinaloa Cartel from Mexico.

According to Interpol, which published a summary of the charges filed before a New York court, Santrich allegedly agreed to provide the cocaine in a November 2 meeting with three co-conspirators and an anonymous buyer.

US authorities discovered the alleged conspiracy in June 2017 when three alleged FARC associates met with alleged drug traffickers in the Colombian capital Bogota.

Among the suspects is the father of a former beauty pageant and the nephew of “Ivan Marquez,” the leader of the FARC’s faction in the Senate.

According to newspaper El Tiempo, The US Drug Enforcement Agency (DEA) had infiltrated this meeting. Weekly Semana reported that the Americans were investigating associates of the Sinaloa Cartel.

The negotiations continued and a deal was allegedly closed to send “thousands of kilograms of cocaine” to the US.

On November 1, one of the suspects delivered a sample of 5 kilograms of cocaine to the buyers in a Bogota hotel, according to Interpol.

The next day, [Santrich] and one of his co-conspirators met with the buyers of the cocaine at [Santrich’s] residence. During the meeting, [Santrich] acknowledged that they provided cocaine to others, and directed the other co-conspirator to coordinate a larger quantity of cocaine.

The FARC leader met again with the drug traffickers on February 8, this year, according to Interpol. Again this meeting was held in Santrich’s home in the northwest of Bogota.

The agreement was made that the former FARC members would deliver the first shipment of seven metric tons of cocaine within a month after the meeting. The remaining three tons would in the following 30 days, according to Interpol.

Santrich allegedly remained involved in the process and “continued to discuss the potential shipment of a large amount of cocaine to the buyers, including by using US registered aircrafts [sic] to transport the drugs.”

According to Semana, the American drug traffickers made a $3 million payment that would be linked to the first shipment of cocaine.

The weekly reported that American investigators have obtained recordings of the contact that was made with a cocaine laboratory that would provide the drugs.

Colombia’s war crimes tribunal will have to consider the charges and the evidence to decide whether Santrich has violated the FARC’s peace agreement with the government.