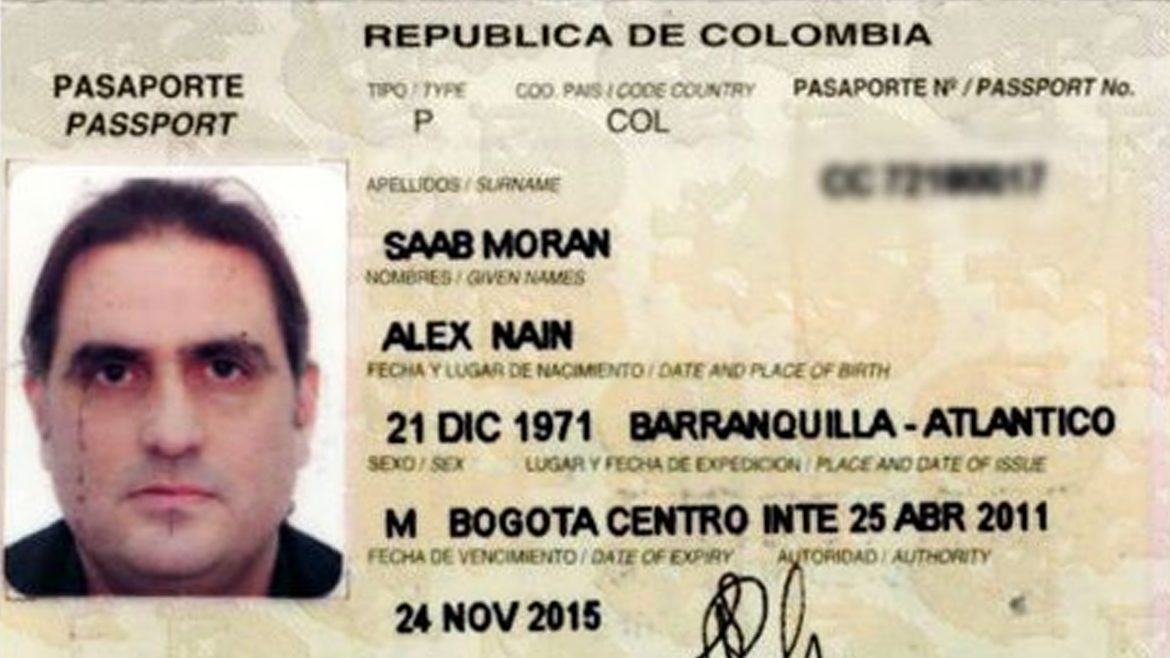 The businessman who triggered the suspension of Venezuela talks

The extradition of one of Colombia’s most controversial businessmen to the United States triggered the suspension of talks that sought to end a crisis in Venezuela.

The authoritarian government of President Nicolas Maduro suspended talks with Venezuela’s opposition in Mexico hours after Cape Verde’s authorities extradited Alex Saab to the US.

What may have triggered the strong reaction from Caracas is Saab’s alleged role as Maduro’s financial fixer and “super minister.”

If there was a lack of milk in Venezuela, they called Saab’s cell phone. If there was a lack of fuel, they called him to solve the situation. And in view of the shortage of foreign currency, they proposed to him to devise a model for the very direct sale of gold bars, and then he would go with his plane — or hire other planes — and sell gold in Turkey. He was the man who solved everything and had more functions than any other Venezuelan minister, or was busier at least.

From Barranquilla’s capitalists to Caracas’ socialists

Saab and his brother Amir Luis were born into Barranquilla’s business elite thanks to the textile business set up by their father, who fled to Colombia in 1956 to escape war in his native country, Lebanon.

The family patriarch became a fierce critic of the US government because of its meddling in Lebanese politics and failed attempts to link the businessman to drug trafficking and terrorism, according to Reyes’ book “Alex Saab.”

The Saab brothers reportedly increased their power in the Caribbean region in the early 2000’s through strategic political and legal alliances.

One of their lawyers, Abeladro de la Espriella, was close to then-president Alvaro Uribe and one of the politicians they sponsored, former Senator Piedad Cordoba, was an ally of Uribe’s counterpart in Venezuela, late President Hugo Chavez. 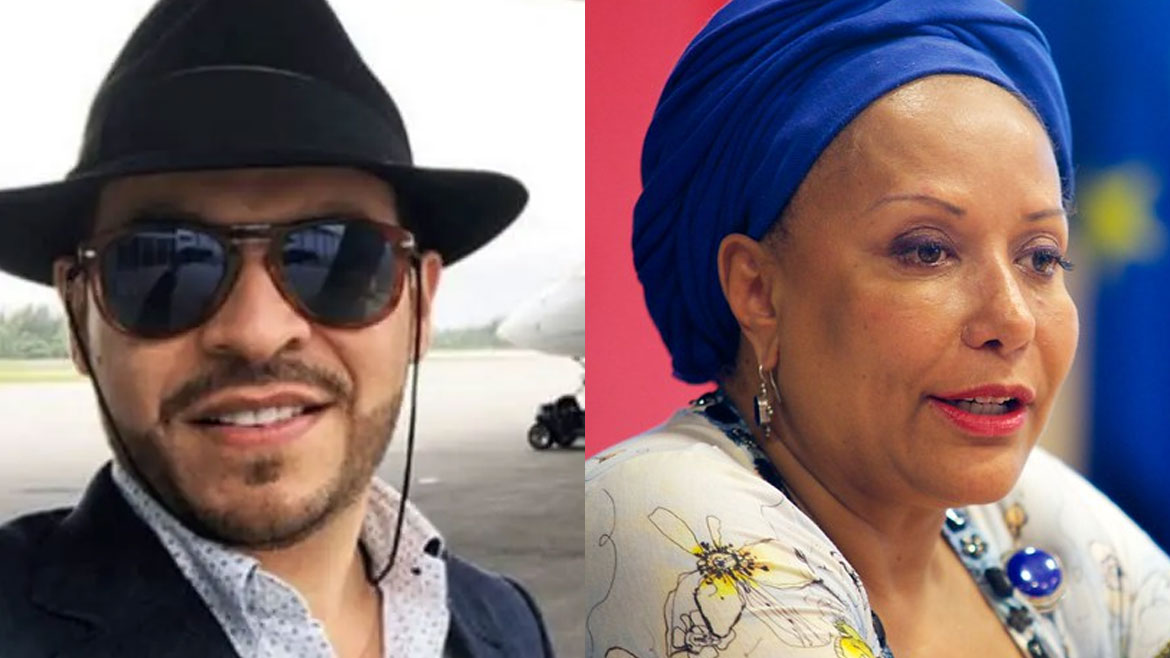 The Colombian businessman became increasingly important for the Venezuelan government after the 2013 election of Maduro and subsequent US sanctions.

Claims by Florida prosecutors that Saab would be involved in financial crimes are confirmed by independent journalists, and prosecutors in Switzerland, Italy and Colombia.

The Miami investigations focused on the alleged embezzlement of Venezuelan government funds between 2011 and 2015 by the Saab and his business associates Alvaro Pulido.

According to Colombia’s prosecution, Saab was involved in all kinds of financial fraud and money laundering years before that already.

Prosecutors from the Americas and Europe, and journalistic investigations like the Panama Papers have revealed the Saab Network’s alleged financial and real estate assets around the globe.

The corruption investigation of the US Department of Justice (DOJ) centers around the alleged embezzlement of hundreds of millions of dollars through the “Global Construction Fund” of the Barranquilla businessmen.

As part of the 2011 deal with Santos, Chavez granted this fund a $150 million contract to provide building materials between 2012 and 2013 for his “Great Housing Mission” that sought to build 2.6 million homes.

Saab and Pulido only delivered $3 million in building materials until the Venezuelan president’s death in late 2013, according to Venezuelan investigative journalism website Armado.info.

The mass embezzlement was made possible with the help of bribed officials who were in charge of certifying strictly regulated import payments.

Saab and Pulido additionally used an international network of accounts to inflate the value of dollars whose value was artificially maintained low in Venezuela by monetary regulations.

The defendants and their co-conspirators then allegedly took advantage of Venezuela’s government-controlled exchange rate, under which U.S. dollars could be obtained at a favorable rate, by submitting false and fraudulent import documents for goods and materials that were never imported into Venezuela and bribing Venezuelan government officials to approve those documents.

According to the DOJ, the Barranquilla businessmen received $350 million that was funneled to bank accounts in tax havens and the US.

Miami bank accounts were used to pay Venezuelan officials, the DOJ said in its 2019 indictment of Saab and Pulido.

The capital reported by the Saab Network in Colombia during these years was nowhere near the estimated capital of the Barranquilla businessmen, according to investigative journalism website Connectas.

The US Treasury additionally accused the Colombian businessmen of expanding their embezzlement practices to a food distribution program with the help of family members of Venezuela’s president in 2016.

According to former US Treasury Secretary Steven Mnuchin, the so-called CLAP racket embezzled funds through the corruption network initially set up to embezzle housing funds.

The corruption network that operates the CLAP program has allowed Maduro and his family members to steal from the Venezuelan people.  They use food as a form of social control, to reward political supporters and punish opponents, all the while pocketing hundreds of millions of dollars through a number of fraudulent schemes.

The allegations weren’t confirmed by the DOJ or included in the criminal indictment against the Colombian, but justified sanctions against the Maduro family in 2019.

The accusations of Saab’s involvement in the alleged CLAP racket were apparently part of a failed attempt by the administration of former US President Donald Trump to topple his Venezuelan counterpart.

This attempts included all kinds of unfounded criminal investigations carried out by controversial former District Attorney Geoffrey Berman, one of Trump’s political allies in New York.

Berman’s allegations included exotic conspiracy theories that linked Maduro to drug trafficking and Saab to Hezbollah without any evidence.

Maduro and the other defendants expressly intended to flood the United States with cocaine in order to undermine the health and well-being of our nation. Maduro very deliberatively used cocaine as a weapon.

From at least in or about 1996, up to and including in or about 2005, in Lebanon, and elsewhere, and in an offense begun and committed out of the jurisdiction of any particular State or district of the United States, Alexei Saab, a.k.a. “Ali Hassan Saab,” a.k.a. “Alex Saab, a.k.a. “Rachid,” the defendant, who was first arrested in the Southern District of New York, knowingly received military-type training from and on behalf of Hizbollah.

Criminal charges against Saab in Colombia

The extradition of Maduro’s alleged money man was a major political blow for the Venezuelan government, but mainly because of optics.

The prosecutors of the Southern District of Florida have indicted Saab exclusively over the alleged embezzlement of Venezuelan housing funds so far.

Maduro and his government would be in trouble only if their Colombian ally decides to blow the whistle on corruption allegations that aren’t being investigated in the US.