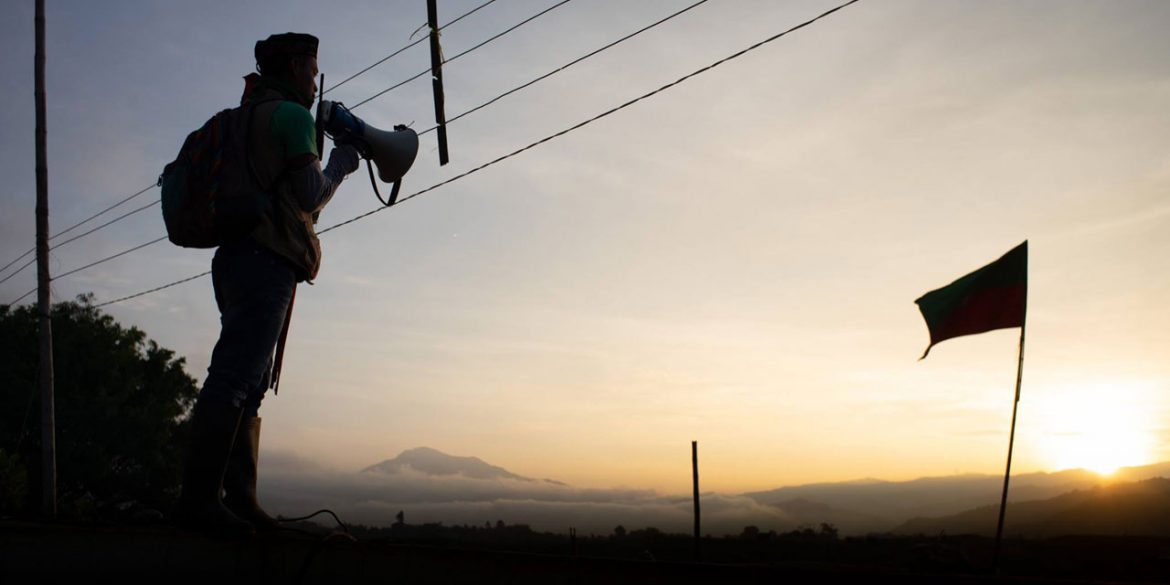 Tensions in southwest Colombia on Wednesday escalated to the point that native Colombians said they would “take” the city of Popayan after their offices were attacked.

Several comrades were injured with rocks and knives by the demonstrators.

The national government, nevertheless, said to be “optimistic” about talks with local indigenous peoples that have blocked the main highway connecting Colombia to Ecuador to demand an end to violence and state neglect.

But indigenous leader Neis Oliverio Lame said that unless the government takes control of the situation and protects the indigenous and respects their right to protest, “we will take Popayan and abandon the talks.”

They wanted to destroy the main office of the Regional Council, they damaged our hospital. If the authorities on Thursday don’t assume control of the situation we will take Popayan and abandon the talks.

At least nine indigenous protesters and two students have died in incidents related to the indigenous protests that have lasted for more than three weeks and have the southwest of Colombia virtually cut off from the rest of the country.

The ONIC said the violence “has been systematically orchestrated by the business associations from Popayan, politicians of the Democratic Center and some media in order to incite hatred, discrimination, xenophobia, and racial discrimination.”

Video shared by the CRIC showed police taking no action while the anti-indigenous protesters threw rocks at indigenous guards armed with shields.

Newspaper El Espectador reported that riot police eventually did step in to protect the native Colombians and their regional headquarters.

Interior Minister Nancy Patricia Gutierrez, who has intermittently been negotiating with the CRIC, said Wednesday she had proposed to include indigenous peoples in the government’s development plan and “we hope they come with a final solution on Thursday.”

The minister ignored the increasing violence targeting the native Colombians and afrocolombian communities that have joined the protests.

The ONIC on Thursday reiterated concerns about pending violence against indigenous communities throughout Colombia that have increasingly been joining the national “minga,” or mobilization that began in Cauca.

The CRIC began protesting on March 10 after finding out the government of President Ivan Duque, who is a member of the far-right Democratic Center party, had excluded ethnic minorities in his national development plan.

This added to chronic state neglect in indigenous areas and the assassinations of leaders of Native Colombian peoples.

Tens of thousands of members of indigenous communities from Tolima, Choco, Antioquia, Huila, Caqueta and Putumayo, Norte de Santander, Cundinamarca and Boyaca have joined the protests.

The protesters want the president travel to Cauca and negotiate with the indigenous community, but this has categorically been rejected by the president as long as protests are ongoing.