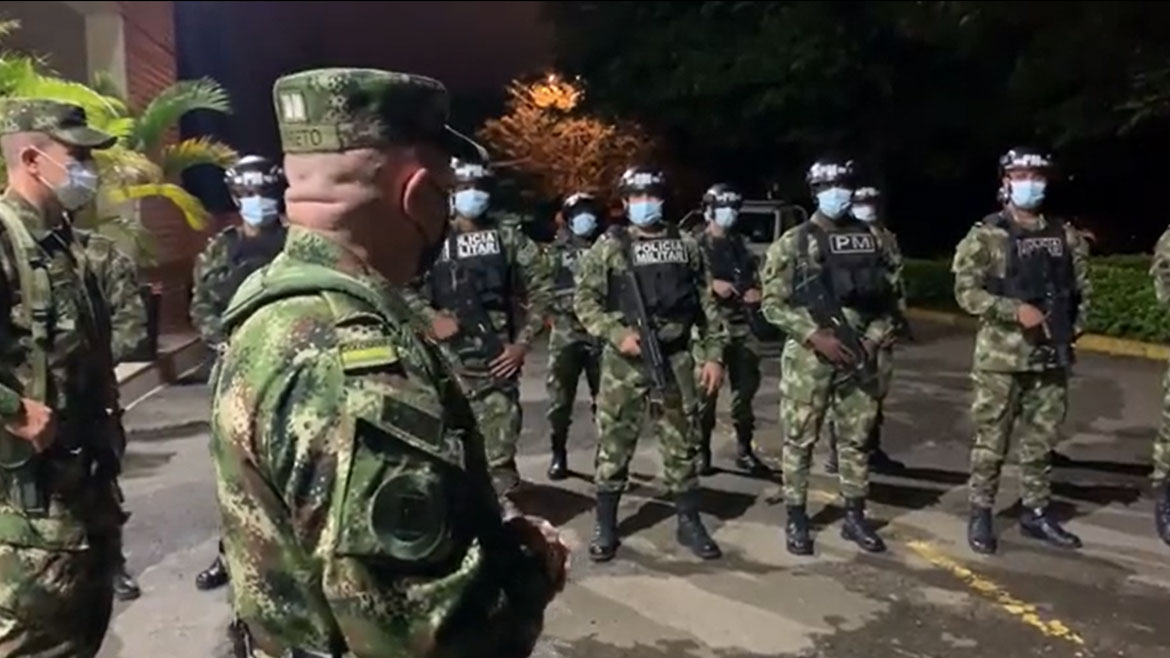 Three police officers were seriously injured in a bomb attack in the city of Cali that was claimed by guerrilla group ELN.

The attack on the vehicle took place in the southeast of Colombia’s third largest city on Friday evening.

The ELN published a press statement online in which the guerrillas “Urban War Front” claimed responsibility for the explosives attack on Saturday.

Vargas visited the police officers who were hospitalized and vowed to capture those responsible for the attack in which another 11 policemen escaped virtually unscathed.

The attack took place near the National Police’s intelligence office in Cali and a community that rose up in response to police brutality during anti-government protests last year.

More than 40 people were murdered by police and government supporters in an apparent attempt to quell these protests in Cali alone, according to human rights organizations.

Protest organizers from the “Primera Linea” group that organized protests in the area around the arrack expressed their solidarity with the families of the policemen whose unit was involved in much of the violence.

Ahead of the ELN statement, Colombian citizens accused the police of having carried out an “auto-attack” that would allow further cracking down on anti-government protesters.

Opposition parties have been trying to translate the social resistance against Duque’s far-right government into electoral support.

The ELN involvement further increases tensions in what already was a charged election race because of last year’s protests.