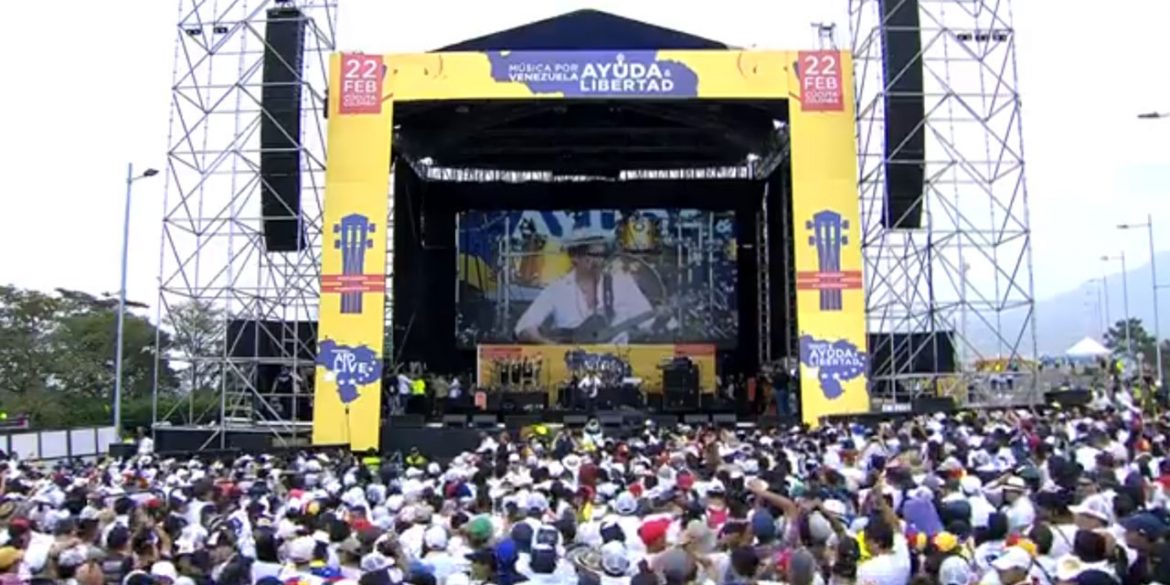 Tens of thousands of people gathered at the border with Venezuela for a concert that seeks to collect funds for aid for Colombia’s neighbor to the east.

Venezuela Aid Live was organized by billionaire Richard Branson to raise money globally for the country that has been suffering a humanitarian and political crisis for years.

According to the organization, the concert drew more than 300,000 people, but video footage from border city Cucuta indicate this claim was grossly exaggerated.

Dozens of mainly Latin American artists agreed to perform at the free concert that is taking place amid mounting international pressure on leftist Venezuelan President Nicolas Maduro to resign.

Venezuela’s national assembly president, the 35-year-old Juan Guaido, declared himself interim president last month and has since been recognized as such by Colombia, the United States and a few dozen other countries.

The Venezuelan government, which has claimed the concert serves to create a pretext for military intervention by the United States, announced it would also organize a concert on the other side of the Tienditas bridge that has yet to be opened.

Also in Colombia the concert has drawn criticism, mainly because of ongoing extreme poverty in neglected regions like Choco and La Guajira, which lies on the border with Venezuela, and the politicization of Venezuela Aid Live.

The US military, at the request of Guaido and in coordination with Colombia’s hard-right President Ivan Duque, has been dropping tons of humanitarian aid near where Branson organized the concert.

According to Fox News, trucks sent by Guaido to the Colombian border to pick up the aid rammed into blockades set up by the military to prevent the opposition leader from picking up the food supplies and medicine on Thursday.

Many fear that the political tensions in Venezuela could escalate into a civil war while also Colombia’s 55-year-old armed conflict appears to be reactivating in some parts of the country, and particularly near the Venezuelan border where ELN guerrillas exercise territorial control.

Branson has stressed that he intends the concert to be an act of solidarity.